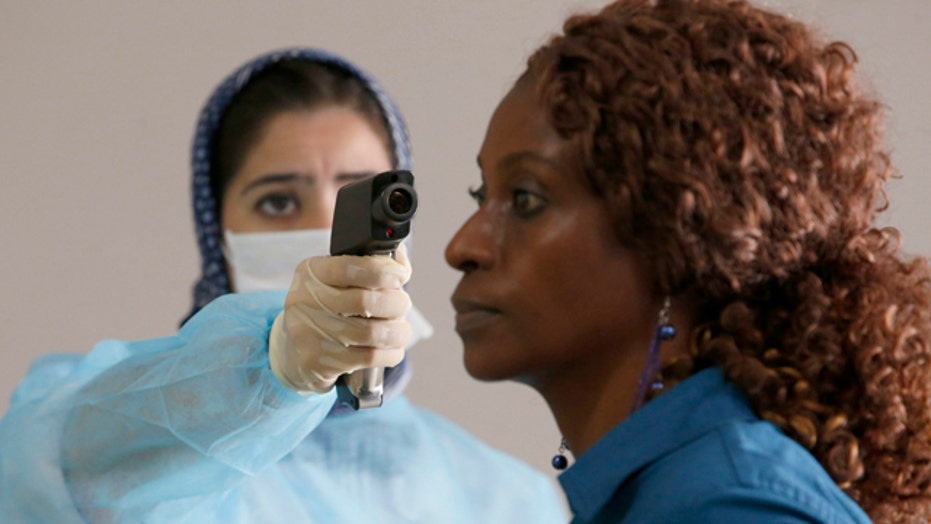 Top lawmakers are ramping up calls for the State Department to stop issuing visas to travelers from West African nations in the wake of the Ebola outbreak.

“Of course, once these individuals are issued a visa by the embassy, they are free to travel to the United States,” Royce said. He added, “This is a reasonable and immediately implementable containment measure that may help mitigate the risk of further translocation to the United States, while not impeding the U.S. response to the epidemic.”

Rep. Michael McCaul, R-Texas, chairman of the House Committee on Homeland Security, also called on the State Department and the Department of Homeland Security to temporarily suspend visas “until the outbreak of the Ebola virus is under control within these countries.”

“Despite the strong public health system in the United States to combat a spread of Ebola, the most recent cases involving the two Dallas health care workers demonstrates the vulnerabilities of our system and steep learning curve public health officials are facing,” McCaul wrote in a letter.

Rep. Tom Price, R-Ga., also added his name to the list of lawmakers urging more caution at the border.

“Denying entry to the U.S., or requiring a period of quarantine prior to entry, to anyone from an affected country ought to be on the table,” Price said in a written statement.

Rep. Tim Murphy, R-Pa., reiterated on Fox News that he favors a travel ban to and from Ebola-riddled West African countries, and encouraged the Obama administration to restrict visitors until they have been cleared of carrying the virus.

"We need restrictions on people coming over from there until the incubation time passes that proves they are healthy," he told Fox News in a separate interview over the weekend. "We do not want to face this at our borders.

Murphy, a physician who has been on Capitol Hill since 2003, chairs the House Subcommittee on Oversight and Investigations, which is holding Thursday’s hearing with CDC officials and America’s response to the Ebola crisis.

Thursday’s hearing comes a day after the Centers for Disease Control and Prevention announced that a second Texas health care worker had contracted the virus, and that she traveled on a commercial flight before showing symptoms.

House Speaker John Boehner has also said President Obama should consider a temporary ban on travel to the United States from the West African countries afflicted by the virus and that the president should weigh other measures "as doubts about the security of our air travel systems grow."

Initially, U.S. officials resisted a travel ban, saying they were confident in the screening measures already in place.