In her "Ingraham Angle" monologue on Monday, Laura Ingraham said President Trump is effectively the "clean-up man" for past presidents who may have been too wary to take a hard line against China on trade policy.

Ingraham noted that the Chinese government "retaliated" against Trump's 25 percent increase on tariffs on some Chinese goods by threatening to hike tariffs on 5,000 U.S. products.

She dismissed criticisms from some Democrats and members of the media who panned Trump's decision.

She continued, "With Trump in the White House, China knows that the days of exploiting the American market with impunity are over." 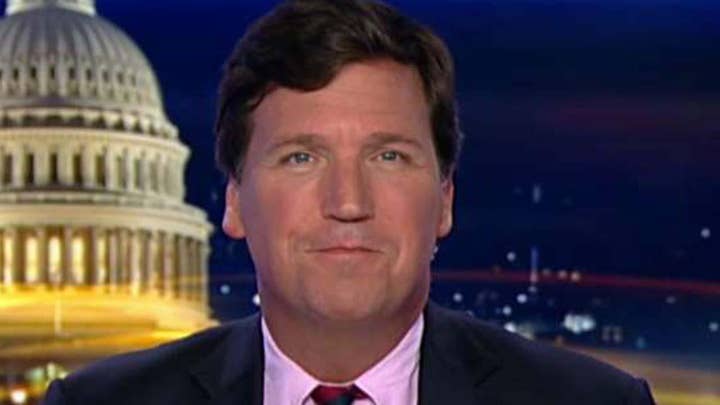 US TRADE GAP JUMPED TO 10-YEAR-HIGH; RECORD GAP WITH CHINA

"This agreement is a good deal for America," Clinton said at the time.

"Well, Trump is basically now the clean-up man for presidents and politicians who did nothing about China, virtually nothing, for decades," Ingraham said, adding that the goods-and-services deficit with China in 2018 was several hundred billion dollars - and a hefty increase from the time before China entered the WTO.

"With all we know now about how China operates... there is a legitimate question to ask. Why are we trading with them at all? They are a geopolitical adversary who intends to destroy... freedom. They want to dominate," Ingraham said.