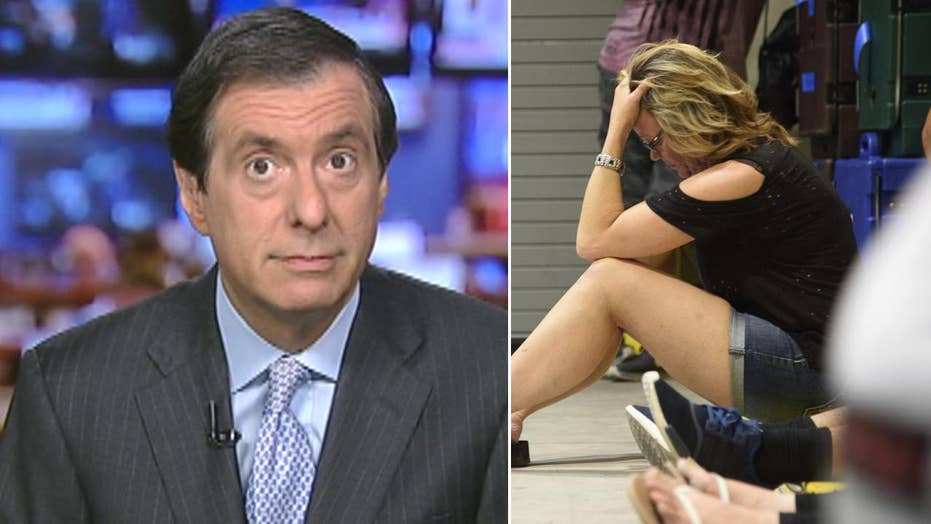 I was on Fox Business for half an hour yesterday morning, before and after President Trump spoke about the horrifying massacre in Las Vegas.

This was the deadliest mass shooting in American history, but the aftermath, I told Stuart Varney, felt uncomfortably like the new normal. Our collective shock was mixed with a sense of resignation. The journalists, local officials, the public all know the drill. The only thing that seems to vary is the death toll.

What can really be said, at this point, about stopping the carnage? We can, and have, stepped up our efforts against terrorism. But what about these lone wolf attacks carried out by deranged individuals?

I don’t understand how the shooter got 10 rifles into the Mandalay Bay Resort. Do hotels now need metal detectors? But it’s impossible to protect every public space.

After the president spoke, I said that his remarks were eloquent. He called the shooting an act of pure evil, said the FBI is investigating, but also talked about unity and love and praying for the victims. He didn’t deviate into politics. “And though we feel such great anger at the senseless murder of our fellow citizens, it is our love that defines us today-- and always will, forever.”

For a leader who often wanders off message, Trump said what needed to be said—and not more.

I also said that with Hillary Clinton and other Democrats issuing messages about gun control, it was too bad they couldn’t wait one day as the country absorbs the grief of a mass murder in which the death toll wasn’t even final.

This was said out of sadness, but I got savaged online by people who think this is exactly when we should be debating gun control, hours after a brutal massacre.

Sensible gun control, I made clear, is a legitimate issue. All I said was that out of sensitivity toward the mourning families and a stunned country, waiting until the next morning before scoring political points seemed like a decent interval.

I have been consistent over the years in saying both the left and right should not instantaneously politicize these tragedies. Whether it’s Columbine or Virginia Tech or Aurora or Sandy Hook or Tucson or Washington Navy Yard or San Bernardino or Orlando or a Charleston church--or a Virginia baseball field where Steve Scalise nearly died but managed to return to Congress last week--there’s a knee-jerk tendency to blame the actions and rhetoric of the other ideological side.

If Trump had used his speech to say we should loosen gun laws so more people can protect themselves, he would have been vilified for politicizing the tragedy.

By all means, let’s have the debate. The reality is that a Republican Congress is not going to approve stricter gun-control measures. Barack Obama couldn’t get a bill through even after the horror in Newtown.

In a CNN poll last year after the Orlando nightclub shooting, 92 percent said they favored expanded background checks, 87 percent supported a ban for felons or people with mental health problems, and 85 percent would ban people on federal watch lists from buying guns. But the power of the NRA changes the equation on Capitol Hill.

Asking politicians to briefly hold off before resuming the partisan warfare shouldn’t be controversial. But apparently it is.