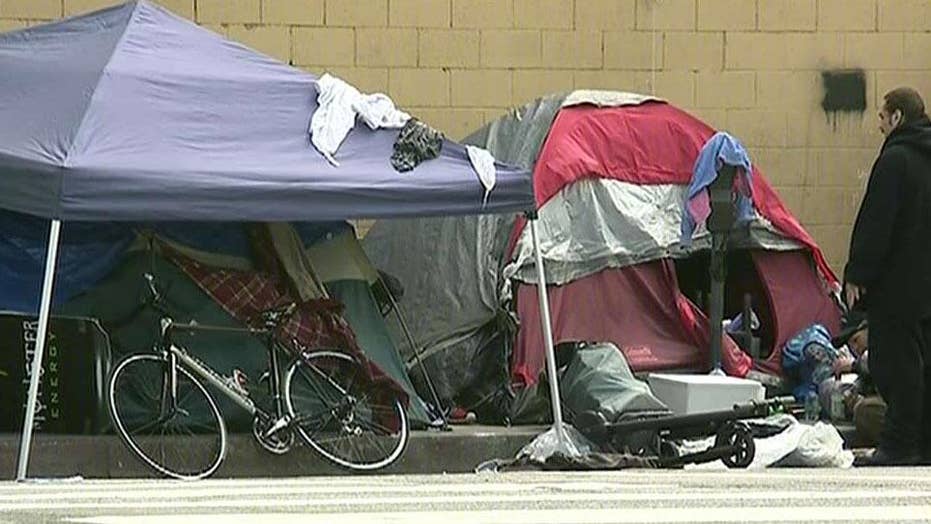 An influential columnist for the Los Angeles Times returned to his attack on Mayor Eric Garcetti for the city’s mounting homelessness crisis and trash-covered streets.

Steve Lopez, a columnist with the Los Angeles Times and author of book-turned-film “The Soloist,” lambasted city officials for last year spending $600 million to tackle the spread of homeless encampments across the city – only to see the total number of homeless rise 16 percent to around 60,000 people, according to the latest count.

Homelessness jumped 12 percent over the past year across all of Los Angeles County.

“Los Angeles looks as if it’s digging out from a hurricane, with hordes on the streets, tents everywhere and armies of rodents on the march, inciting fears of disease.,” Lopez wrote  in his column, which appeared online Saturday night,  amid reports of a massive rat infestation at Los Angeles City Hall.

Lopez complained that his email inbox was overloaded after he asked Angelenos to send him evidence of the homeless and trash crisis in the city. 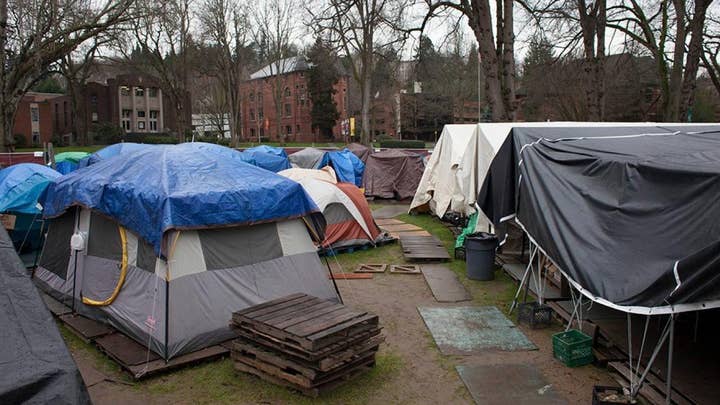 “I naively invited readers last week to email me photos of trash heaps and encampments in their neighborhoods, and my inbox is about to explode,” he wrote. “I’ve got photos of half-clothed people passed out on pavement, sidewalks blocked by tents, bulky items, piles of poop and enough trash to fill the Grand Canyon.”

While Lopez admits that other cities and towns along the West Coast are also struggling to tackle a spike in homelessness, he calls Los Angeles “ground zero” thanks to stagnant wages in the city and a rising cost in housing.

“Garcetti means well, I think, and is at least more out front than slumbering City Council President Herb Wesson, but it’s like watching a kitten try to do the job of a lion,” he wrote. “We have more homeless people than Palm Springs has residents, some of them are literally dying, and I’ve been hearing from dozens of citizen-photographers who are out there documenting the fall of the Angeleno Empire.” 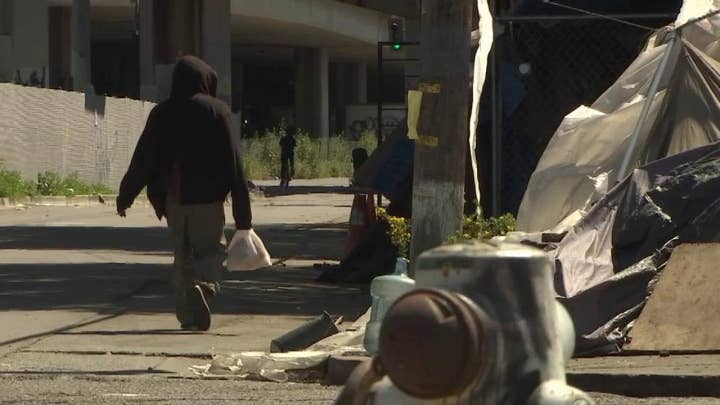 The county's Homeless Services Authority said it helped 21,631 people move into permanent housing during 2018 — a pace that would have helped rapidly end homelessness if economic pressures had not simultaneously pushed thousands more out of their homes.

The Los Angeles County figures mirror tallies across California, as state officials struggle to address a lack of affordable housing. In addition, officials said, wages among lower income people have not kept up with the rising cost of living.

Some state lawmakers last week called for legislation capping rent increases on some tenants and encouraging the construction of more affordable housing. 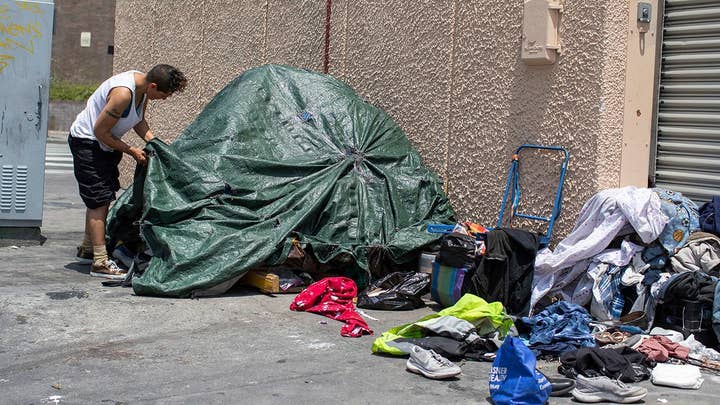 "We're seeing folks who are working, have jobs and are homeless. They can't afford the rent. They can't afford to live in the communities in which they've grown up their entire life. And they're being displaced," said Assemblywoman Buffy Wicks, a Democrat from Oakland, where a countywide survey this year found a 43 percent increase in the homeless population over the last several years.

Lopez offers one solution to the homeless problem – at least for those homeless lucky enough to have a car or an RV.

“With political will and community buy-in, Santa Barbara — in the face of its homeless crisis — managed years ago to make more than 20 parking lots available for the safe overnight parking of people who live in their vehicles,” he wrote.

Lopez added: “A similar program in Los Angeles has been stuck in first gear for years. In a city with 50 times as many residents as Santa Barbara, we have seven or eight overnight parking spots in operation, even though dozens of under-used school and city properties are available.”