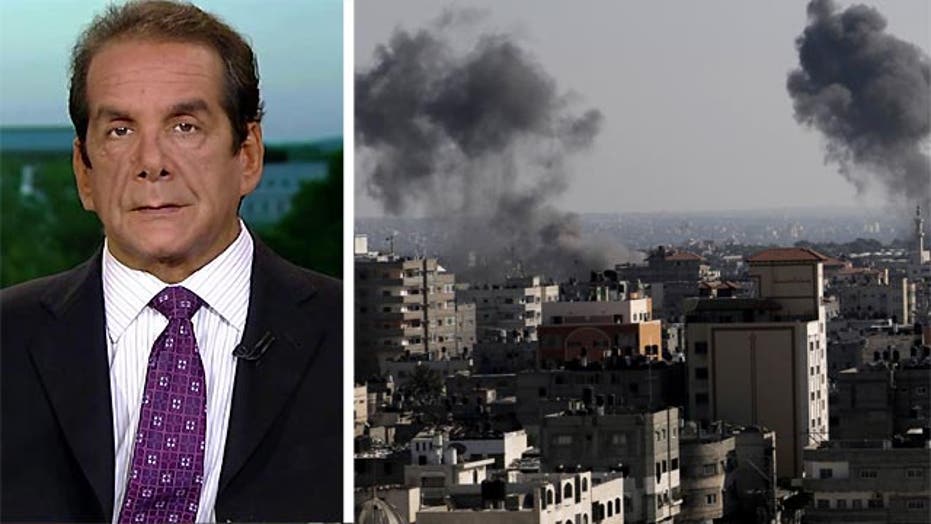 Charles Krauthammer charged Monday on "Special Report with Bret Baier" that rockets discovered by the U.N. in a U.N. Gaza school were turned back in to authorities and could be used against Israel.

“The fact that the U.N. discovered twenty rockets in a U.N. school in Gaza. And was forced to admit it after a day of a delay. Do you know what it did with those rockets? It turned it back to the authorities. So it can now be used to kill Jews,” said Krauthammer, a syndicated columnist and Fox News contributor.

“That's the U.N., the supposed arbiter, the parliament of man in action.”

In Egypt, Secretary of State John Kerry announced that the United States will provide $47 million to help address the humanitarian situation in Gaza.

"You know where that's going to end up?” Krauthammer asked. “In concrete and tunnels and in the making of new rockets."