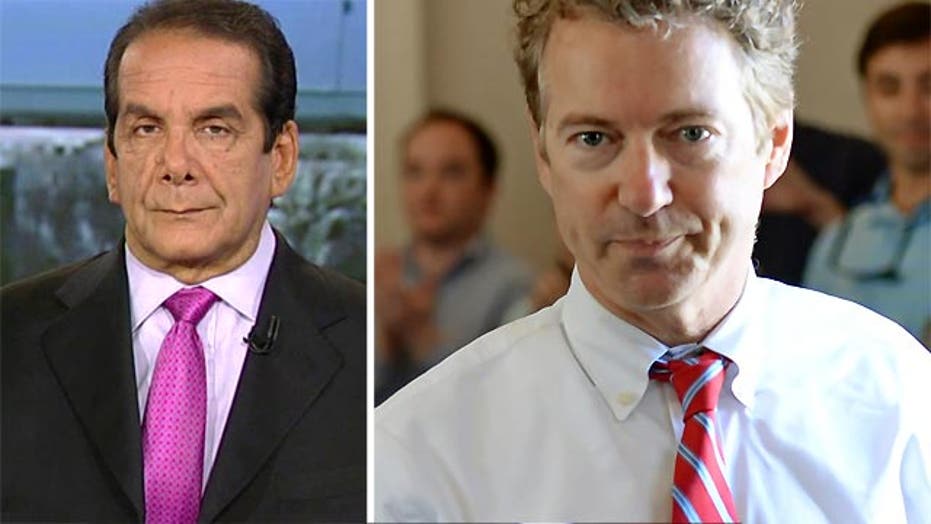 When Kentucky Senator Rand Paul announces whether he will run for president in 2016 on Tuesday, Americans will likely see a different Rand Paul then the one who arrived in Washington calling for an end to all foreign aid and deep cuts in defense spending.

“The country is seeing that that kind of retreat you yield really terrible results and I think the problem that Rand Paul has,” said Syndicated Columnist and Fox News Contributor Charles Krauthammer.  He called Paul’s association with non-interventionism a problem the first-term senator now has to take back, which undermines his authenticity. They will instead see a man who has recently shifted right reversing his opposition to all foreign aid and even proposing huge increases in military spending.

“The situation has changed,” said Krauthammer.  “The fruits of Obama’s isolationism are now being shown experienced. The beheading of Americans, the collapse of Yemen, giving away everything on the deal with Iran.”