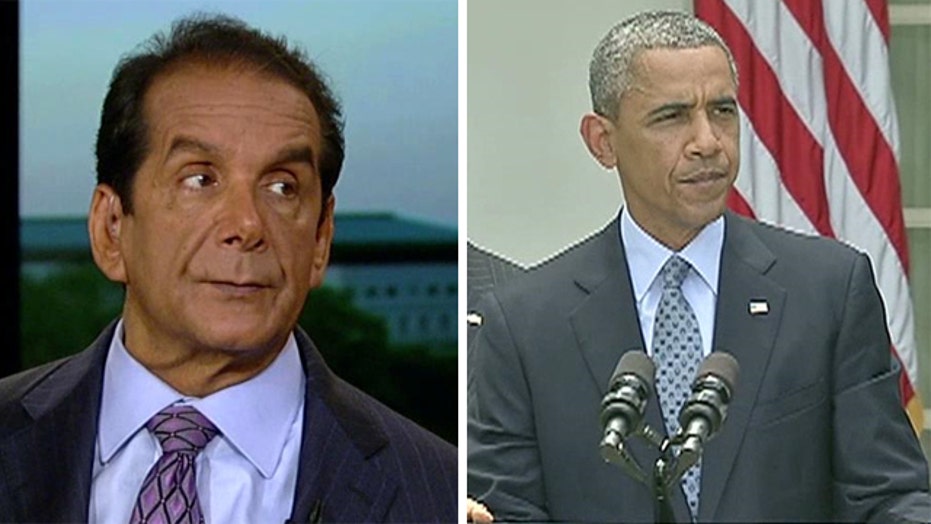 Charles Krauthammer said Wednesday on "Special Report with Bret Baier" that a new Quinnipiac poll that ranks President Obama as the worst commander-in-chief since World War II shows the president "gave people hope, but he doesn't know how to govern."

Krauthammer, a syndicated columnist and a Fox News contributor, said he believes the poll results show Obama was a good campaigner, but is failing in office.

"People talk about him doing the best he can. He's good at campaigning. It turns out Americans are discovering that's what he does best," he said. "That could be his only great competence, to campaign, to make speeches. He gave people hope, but he doesn't know how to govern."

Krauthammer added that an essential part of being a good president is working well with the opposing party, which he said Obama also does not do well.

"All Obama can do is whine about the fact that there's the other guys in charge of Congress," he said.