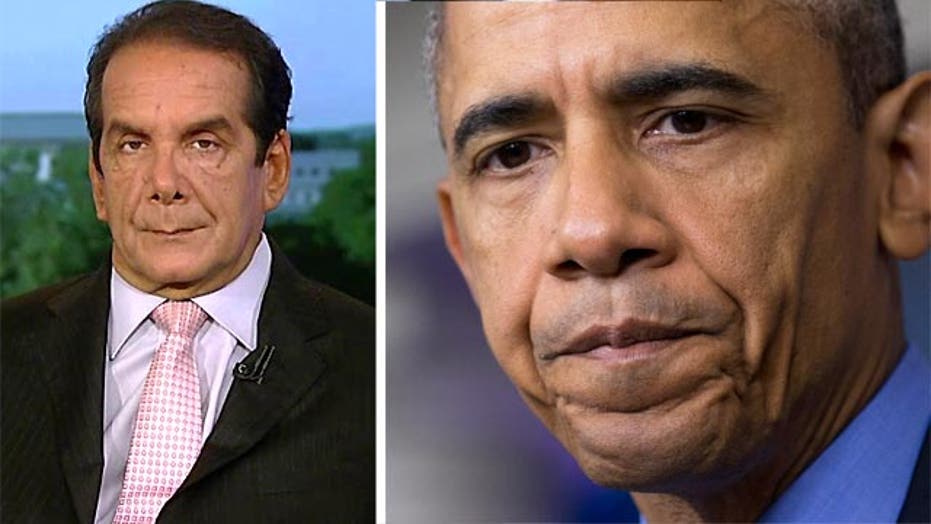 Charles Krauthammer on Friday - the 14th anniversary of the September 11 attacks - criticized the Obama administration's lack of leadership in the fight against terror.

Charles Krauthammer criticized the Obama administration's lack of leadership in the fight against terror on Friday, the 14th anniversary of the September 11 attacks.

"Do we have the leadership?" the syndicated columnist asked viewers on "Special Report with Bret Baier."

"I mean, we remember the Cold War as this wonderful great victory, where we were all united – we weren't," he said. "It lasted almost half a century – we had a victory or two at the beginning – Turkey and Greece in the Truman days – and then it was a terrible slough."

"But in the end," he added, "we had leadership. Every president said, starting with especially Kennedy in 1961 – ‘it's a long, twilight struggle.’"

Krauthammer said part of the reason for the rocky fight against Islamic extremism lies with the administration's failure to recognize the longevity of the fight.

"What we're getting here, and what we got for the last 6 years with Obama, is a president who said, 'this war is unsustainable, it's hurting us, it changes us in ways, it's got to end'. As if he could decree its end," he said.

"This is a long, twilight struggle," Krauthammer said, "and it looks as if we have leadership that doesn't want to recognize it, and wants to live in a different universe."