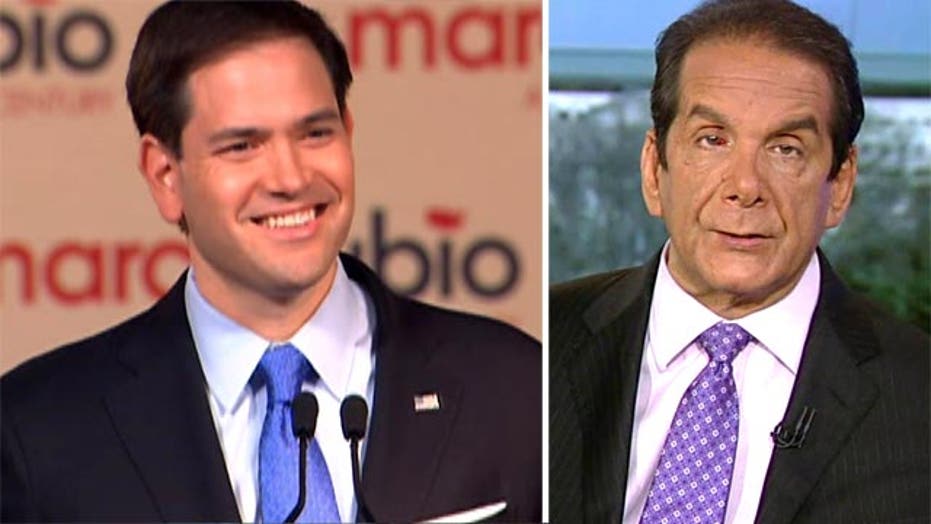 Krauthammer on Rubio: Youth, Energy and a New Leaf

Charles Krauthammer told viewers Monday on "Special Report with Bret Baier" that Florida Republican Senator Marco Rubio's presidential kick-off was "clearly a speech about old and new," and that the senator presented himself as a fresh alternative to other prominent presidential candidates.

"Basically, he's saying, do you want old or do you want new," the syndicated columnist said. "And he's also implying - versus Jeb Bush - do you want privileged or unprivileged?"

As a freshmen senator, Rubio could face criticism for a potential lack of experience, but Krauthammer said Rubio can spin his youth to his advantage.

"Does he have the skill, the dynamism, can he give a ringing speech, and can he do well in the debates?" Krauthammer asked. "That will give substance to what  the promise is. The promise is youth, energy, and a new leaf."