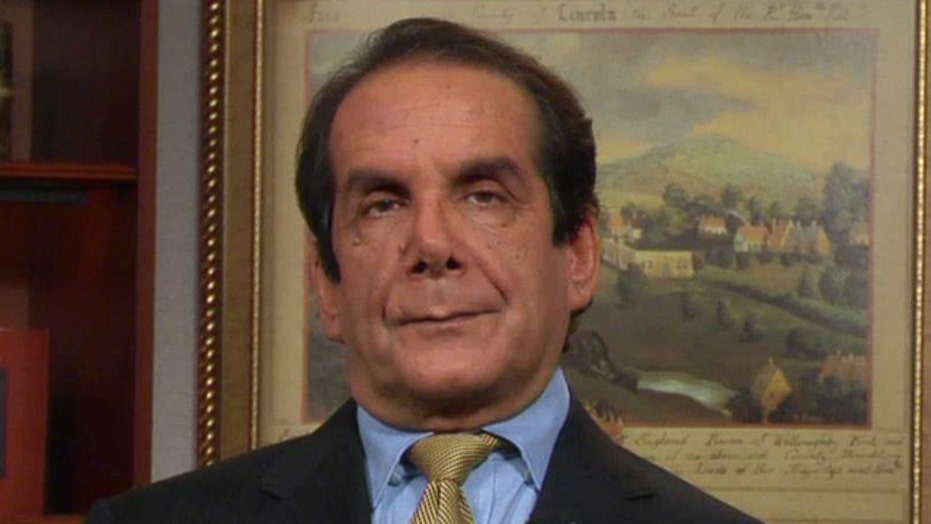 Krauthammer on why Dems have to 'run away' from CBO report

Administration defends reports that suggest millions could soon be unemployed

The Obama administration is “robbing” the people it claims to help in its plan to raise the minimum wage to $10.10 an hour, Fox News contributor Charles Krauthammer said Wednesday on “The Kelly File.”

“A child can tell you: If you raise the minimum wage by a third, you’re going to lose jobs,” Krauthammer told host Megyn Kelly, citing the Congressional Budget Office’s report that the wage hike could eliminate 500,000 jobs. “All the CBO did was give it a number: half a million.”

Krauthammer continued by saying that the math contradicts the Obama administration’s claim that it wants to help poorer Americans.

And the damage will fall on those who are most economically vulnerable, Krauthammer said.

Krauthammer finished by saying that raising the minimum wage would, in fact, have the reverse effect of its intention.

“The irony is, that the winners get a marginal advantage, but for the losers, it’s devastation,” he said. “This administration is robbing the people it says it really wants to help.”