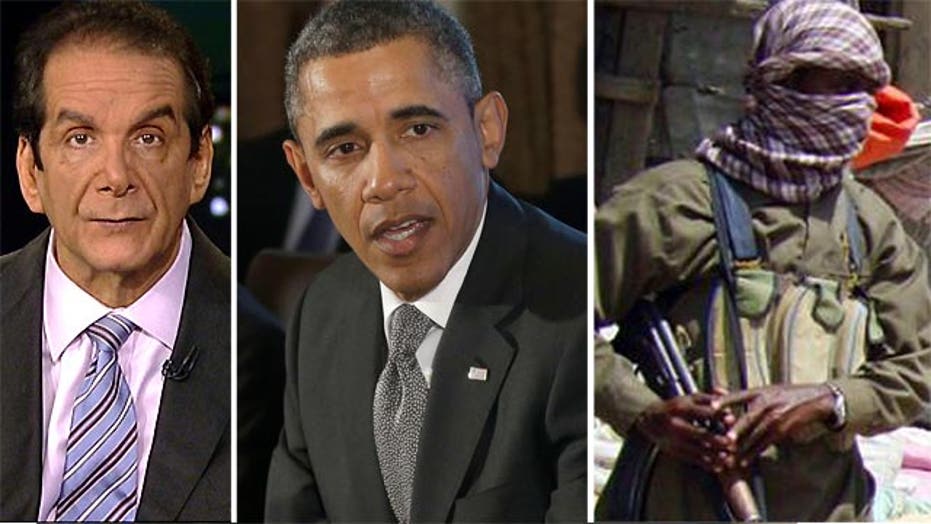 In a "New Yorker "magazine article, the president was asked about the presence of Al Qaeda in Iraq and Syria more than a year after he called the organization “decimated” while campaigning for reelection in 2012.

The president said a common analogy used at the White House was  “if a J.V. team puts on Lakers uniforms that doesn’t make them Kobe Bryant.”

Obama explained there was a difference between terrorists who plot against the United States and terrorists fighting locally.

Krauthammer Monday called the president’s comments “a shocking demonstration of his strategic shallowness.”

“The whole idea [of Al Qaeda] was global insurgencies with local perspective,” Krauthammer said, calling it “not only an excuse,” but “a way to explain his way out of why he has failed on all these issues.”