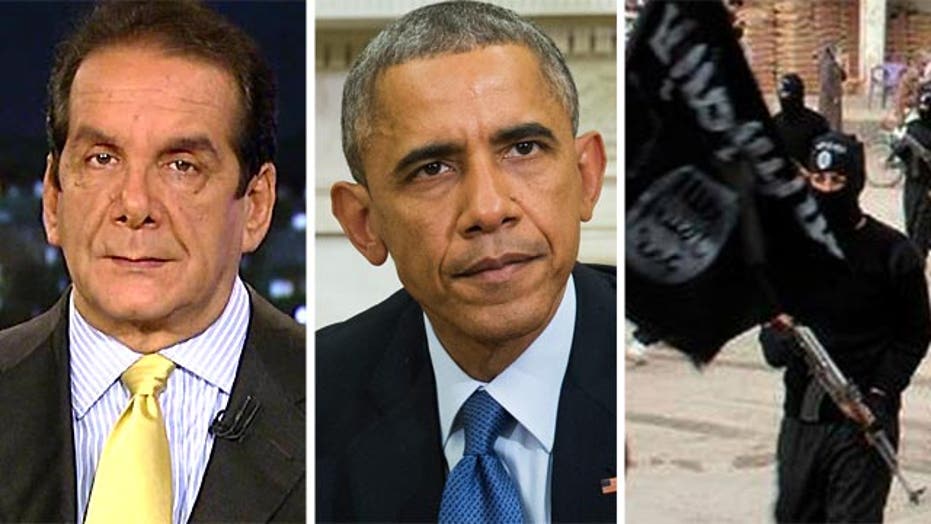 Krauthammer: Obama should fight ISIS until it's defeated

Krauthammer: Obama should fight ISIS until it's defeated

Charles Krauthammer said on Wednesday on “Special Report with Bret Baier” that Obama should not have put an “end date” to his request to congress to formally authorize military force against the terrorist network ISIS. Krauthammer, a syndicated columnist and Fox News contributor, was reacting to Obama’s letter to congress in which he stated that “if left unchecked, ISIS will pose a threat beyond the Middle East, including the United States homeland.”

If approved by congress, war authorization is only good for 3 years. It won’t allow “long-term, large-scale ground combat operations.”

Krauthammer sees a problem with such approach. “He proposes here a strategy, although of course there are no details, in which he announces this is going to be for three years.  He doesn't have to withdraw in three years but what is the purpose of putting a time limit on it in any way?” Charles Krauthammer added that Obama’s request is similar to “the way he announced the surge in Afghanistan.”

Krauthammer thinks Obama’s war authorization request should not have been “constrained” to 3 years. “What you do is you say we are going to fight the war if you want an end date on it until ISIS is defeated. “