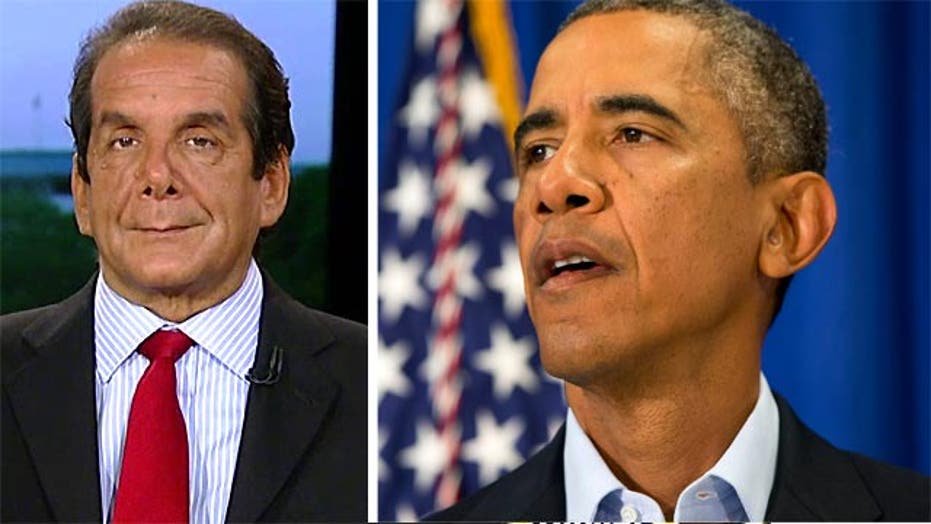 Charles Krauthammer on Tuesday accused President Obama of "leading from behind" in developing a strategy to deal with the threat from the Islamic State militant group, claiming the president is only doing so now at the urging of the public after the beheadings of two American journalists.

Krauthammer, a syndicated columnist and Fox News contributor, said on "Special Report with Bret Baier" that the deaths of James Foley and Steven Sotloff have led the public to demand a comprehensive strategy on dealing with the militant group, and Obama is running to play catch up.

"This is a classic example of leading from behind where he waits for public opinion," he said. "And now it's the public who's demanding he do something.  Americans don't like to see other Americans killed on television by a prideful enemy like that and our president doing nothing. "

Krauthammer added that he believes that Obama's strategy toward the Islamic State would be very different if videos of the journalists' deaths were not distributed online.

"Absolutely, it changed everything," he said. "It changed public opinion, and Obama is nothing if not responsive to public opinion.  He doesn't lead here, it's the public that's leading."