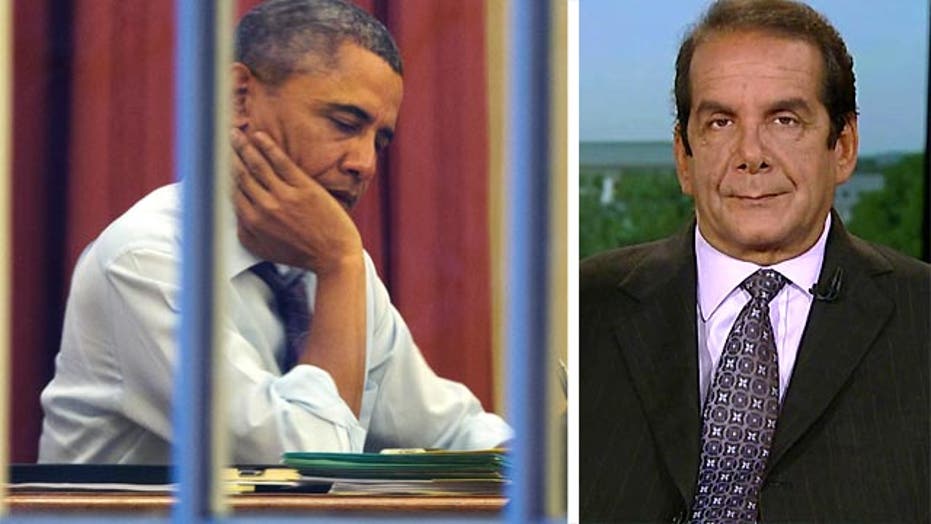 Charles Krauthammer said Tuesday on “Special Report with Bret Baier” that he believes the accusations that House Republicans want to impeach President Obama are a "concoction" of Democrats, a move he called "desperate."

The Democratic Congressional Campaign Committee (DCCC) has been sending supporters emails warning about the threat of impeachment in recent days, raising $3.1 million since last Thursday. However, the warnings have Republicans scratching their heads as few if any are openly pushing impeachment.

Republicans, including House Speaker John Boehner, have accused the Democrats of ginning up the controversy for political gain.

Krauthammer, a syndicated columnist and a Fox News contributor, said he believes the Democrats are doing so to help their party in the upcoming midterm elections.

"They know that in 1998 the party was saved, the sixth year of an administration, it was saved by impeachment, overreaching on impeachment by Republicans, and this is a good issue, it’s a good way to raise money," he said.

Krauthammer said he also believes that the Democratic efforts to raise fervor over the possibility of impeachment may indicate Obama is planning to issue an executive order on immigration.

"If he were to do something like legalize five, let's say half, which is what's been talked about, huge numbers of illegal immigrants, to do it by executive order, which would be clearly lawless, and would be the biggest domestic overreach of a president in memory, it would be an impeachable offense," he said. “I would be 100 percent against impeachment, because it's political suicide, but it really would be the basis for that. That's what I think the White House may actually be softening people up for, an executive order that, that reaches impeachable offense, but it's a way of, it's like a preemptive strike.”