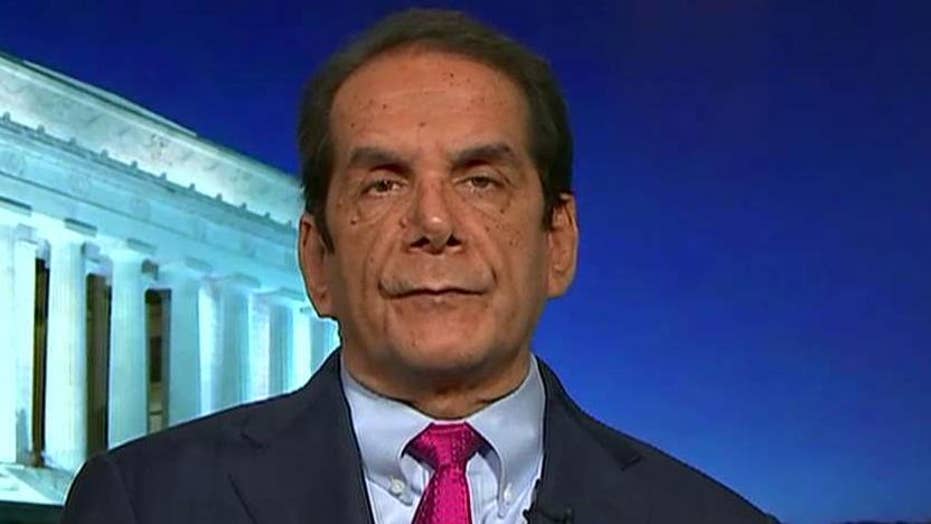 Charles Krauthammer said at a news conference in Cuba, President Obama devoted almost no time to addressing the terror attacks that transpired in Belgium

Syndicated columnist Charles Krauthammer told viewers Tuesday on “Special Report with Bret Baier” that, at a news conference in Cuba, President Obama devoted almost no time to addressing the terror attacks that transpired in Belgium –instead focusing on a trip that matters very little by comparison.

“Obama gave the terror bombing 51 seconds of his speech today in Havana. I thought the whole story of his presidency and its foreign policy was seen in the split screen,” Krauthammer said. “On one side, you had the video footage of the attack in Belgium. This is the real world. And on the other side was Obama, in the fantasy world he inhabits, where Cuba is of some geopolitical significance in his mind.”

Krauthammer argued that Obama made the trip to knock a legacy item off his list before he leaves office, settling the Cold War arguments of the academic left.

“If Cuba disappeared tomorrow in a volcanic eruption like Santorini, nobody would notice geopolitically,” he said.

On the other hand, he reiterated that the events in Brussels pose a grave threat.

“The Belgians are completely outmanned, the Europeans have no way of tracking, and… we are completely in the blind. We don't know what we don't know,” Krauthammer said, adding, “Obama calls it the JV team. He pretends it's contained and controlled. It is not. Instead, he does this sort of ideological holiday trip in Cuba while the world burns.”