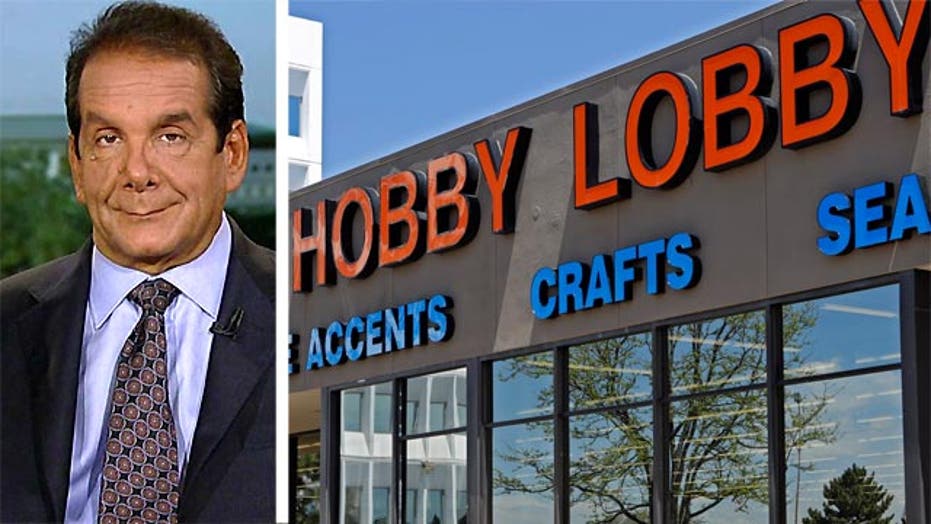 Syndicated columnist Charles Krauthammer said the Supreme Court’s decision to exempt firms like Hobby Lobby from the Affordable Care Act’s contraceptive mandate will have a trivial impact on whether women can access contraception.

Charles Krauthammer said Monday on “Special Report with Bret Baier” that the Supreme Court’s decision to exempt private companies like Hobby Lobby from the ObamaCare’s contraceptive mandate will have a trivial impact on whether women can access contraception.

“It’s no way going to prevent access to contraception,” Krauthammer, a syndicated columnist and a Fox News contributor, said. “As if the court has ruled that gendarmes are going to be outside pharmacies patrolling it to make sure women can’t get in and get their contraceptives.”

Instead, Krauthammer said the real significance of the ruling is the court’s affirmation that, as the government expands, it is encroaching upon religious freedom.

“Even when…[the government is] doing stuff unintentionally, has no intention of impinging on religious practice, it will inevitably,” he said, adding, “Especially if you’re going to control a sixth of the economy in the most intimate interaction a citizen has, which is healthcare.”