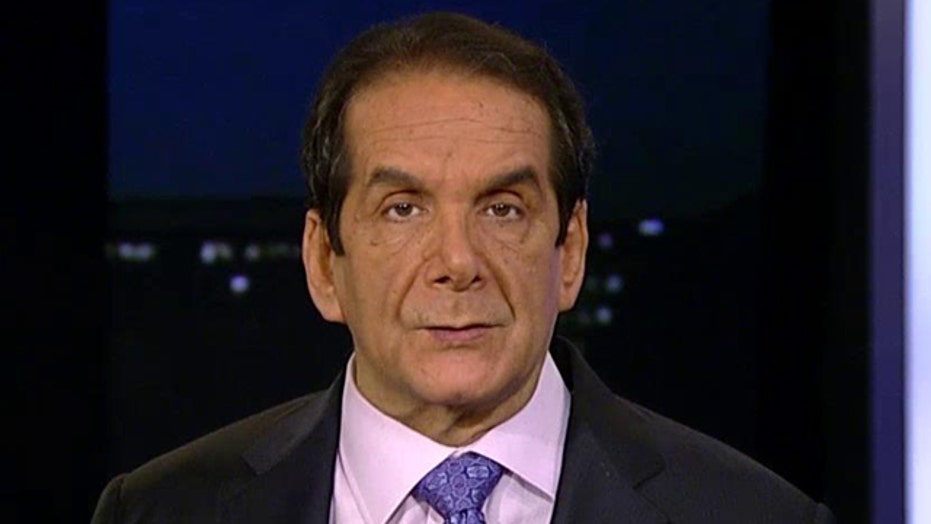 Charles Krauthammer told viewers Monday on “Special Report with Bret Baier” that “Harry Reid is a living veto pen.”  Krauthammer, a syndicated columnist and Fox News contributor, was reacting to President Obama’s interview on NPR, in which he threatened to “pull that (executive) pen out."

Compared to his predecessors, Obama has rarely used the presidential veto -- in part because legislation he didn't like typically died in the Democrat-controlled Senate before reaching his desk.

Krauthammer said Obama had Harry Reid to thank for not using his pen more often. “Harry Reid is a living veto pen and he saved the president and he saved democrats from red states who were running for reelection having to cast the vote that would be unpopular.” Charles Krauthammer added that now that republicans control congress, they should “pass everything that (they) believe and want to see passed.”

“It’s win win. If the president vetoes it, it proves what in fact the president actually said himself in the same interview,” said Krauthammer. “One of the reasons he did not have to veto, as he said himself, Harry Reid blocked so much in the senate that he did not like. So in fact, this is the way for republicans to retroactively reshape their image.”