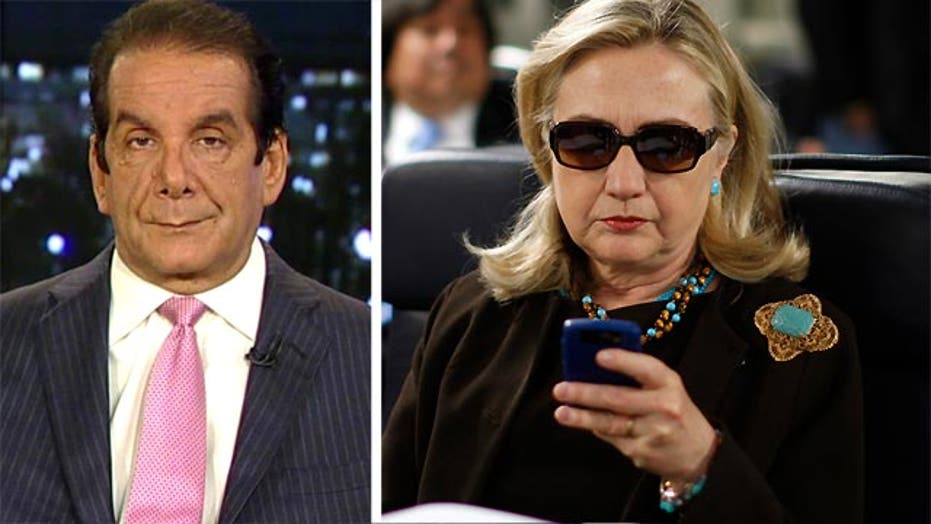 Charles Krauthammer told viewers Wednesday  on “Special Report with Bret Baier”  that revelations that former Secretary of State Hillary Clinton used a private email addressed hosted on a server in her New York home showed that if “you're using a private account, you're setting it up in your house so it's protected, you are clearly constructing a system in which you control access.”

Krauthammer, a syndicated columnist and Fox News contributor criticized Clinton’s motives saying, “If anybody ever demands access, you will have your lawyers out there, for blocking, questioning and protecting it…if you want to make something disappear by swapping out a server, you can do it and nobody knows.

“Now, why would you do that if you're Secretary of State and you're not intending at some point to be secretive about it?”

Krauthammer also noted that this latest scandal is likely to have lasting impact for Mrs. Clinton:  “this is the same old Clinton that we know, and I think the reason that it hurts her is because we've seen the movie before throughout the 90s.

“The Clintons aren't just entitled, they also have a sense that they are to be protected in a way no one else is. Then they end up, when they're accused of either violating the law or the practice, making distinctions that are...I mean, the adjective Clintonian was invented for these fine distinctions, between legal and illegal, proper and improper.

“This is a version of 'it depends what the word is- is.’”