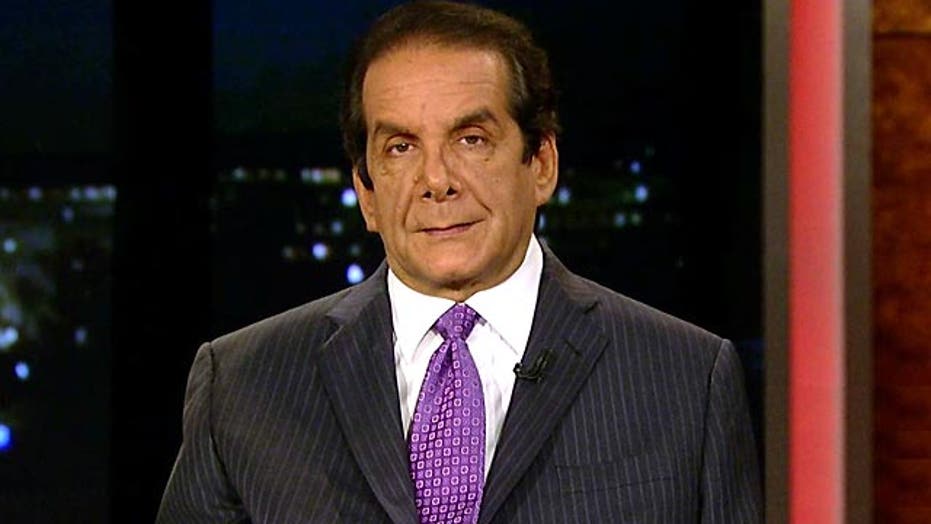 Charles Krauthammer told viewers Friday on “Special Report with Bret Baier” that climate change is no longer just a political ideology, but it has also become “a kind of religion,” when asked if the science of climatology is being fairly assessed on the political spectrum.

Krauthammer’s comments were in response to President Obama’s trip to Fresno, California Friday evening to propose a new $1 billion “climate resilience” fund as part of his 2015 budget. The president is doing so despite the fact that many Americans do not believe the idea of climate change is a top priority for the president and Congress.

Krauthammer, a syndicated columnist and a Fox News contributor, had a different explanation for this year’s weather events, such as the drought in California and the major snowfall on the East Coast.

“That's not climate change. It's called winter and it happens every year,” he said. “It's happened every year for a long time and to me it's just plain cynicism to seize upon any event and then to use it as an example of a theory which is not a way to prove it and this billion dollars, this attenuation fund it is going to be exactly like the money that was spent on green energy.”

Krauthammer also argued the White House’s theory behind climate change will instead be used as a “slush fund for crony capitalism” to favor specific individuals and companies.