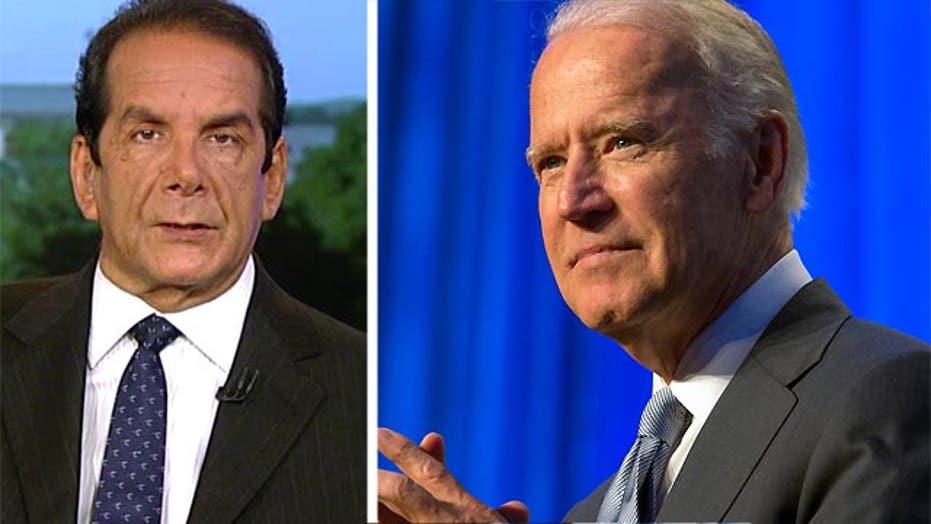 Krauthammer: Biden will get in the race

Krauthammer: Joe Biden will get in the race

Krauthammer, a syndicated columnist and Fox News contributor, was referring to media reports that the former Delaware senator is considering a 2016 presidential run.

Krauthammer said President Obama would be pleased with Biden’s candidacy because he would “pick up the [Obama] legacy” and if Biden wins, it would be “an endorsement of the Obama presidency.”

He said “there‘d be a lot of support” for Biden, compared to six months ago when such a possibility seemed unlikely.  When asked by anchor Baier if he thought Biden would run, Krauthammer answered “yes.”