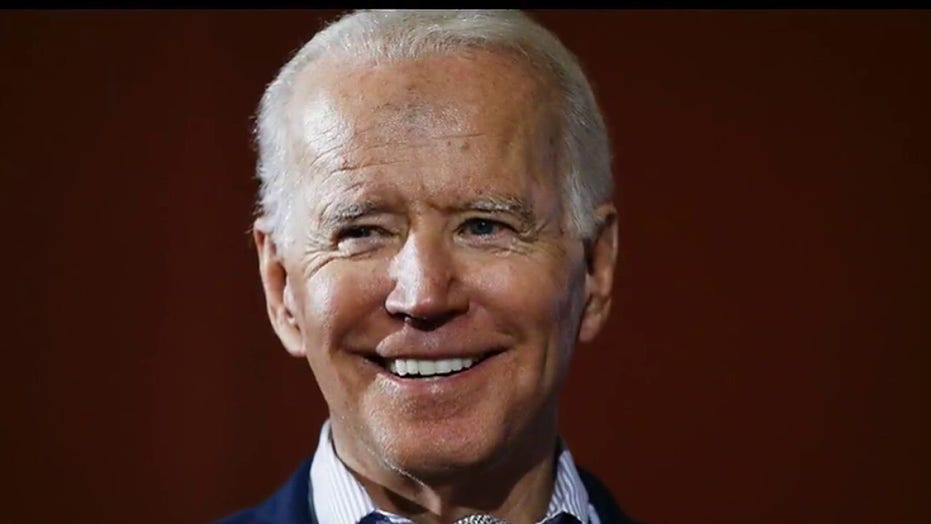 2020 presumptive Democrat nominee Joe Biden says some Republicans have offered to serve in his administration if he defeats President Trump; reaction and analysis on 'Outnumbered.'

Sen. Amy Klobuchar’s appearance on the latest episode of Joe Biden’s podcast is stoking more speculation that the Democrat from Minnesota is one of the top contenders as the former vice president begins the process of choosing a running mate.

Klobuchar – a former Democratic presidential nomination rival who dropped out of the race and endorsed Biden the day before Super Tuesday in early March – shared details of her personal and professional life and discussed her husband’s recent battle with COVID-19 during an appearance on the fifth episode of Biden’s “Here’s the Deal” podcast.

The release of the podcast on Monday came hours before Klobuchar sent a fundraising email on Biden’s behalf. And it comes as the senator prepares to host two or three virtual fundraisers for Biden’s campaign over the next couple of weeks, and will join a Women for Biden non-fundraising virtual event later this week, Democratic sources confirmed to Fox News.

In the podcast, Klobuchar spotlighted her husband John’s recent hospitalization as he battled the effects of the coronavirus. She praised Biden and criticized President Trump’s handling of the federal response to the pandemic.

“That’s why I’m so devoted to your plans to get us out of this,” Klobuchar told Biden. “We should have had more testing. We know this got screwed up by the administration.”

The president, the White House and his reelection campaign have all defended Trump’s actions in combating the coronavirus.

In his conversation with Klobuchar, Biden shared that as he works from his home in Wilmington, Del., during the pandemic, he's "been able to also pick up the phone and call a lot of the people around the country and around the world.

"[It's something] I haven't had a chance to spend that much time in the last year and a half doing, and whether it's world leaders or close friends to get their sense of what they think we should be doing, going in and coming out of this God-awful pandemic.”

Biden’s consideration of Klobuchar as a running mate didn’t come up during their conversation in the podcast. But the senator was asked during an appearance Saturday on CNN if she’d accept a vice presidential nomination offer from Biden. Klobuchar declined to answer, saying instead, "Right now I am focused on my state."

Klobuchar appeared on the fifth episode of Biden’s podcast. Michigan Gov. Gretchen Whitmer – another running mate contender – was the guest on the second episode.