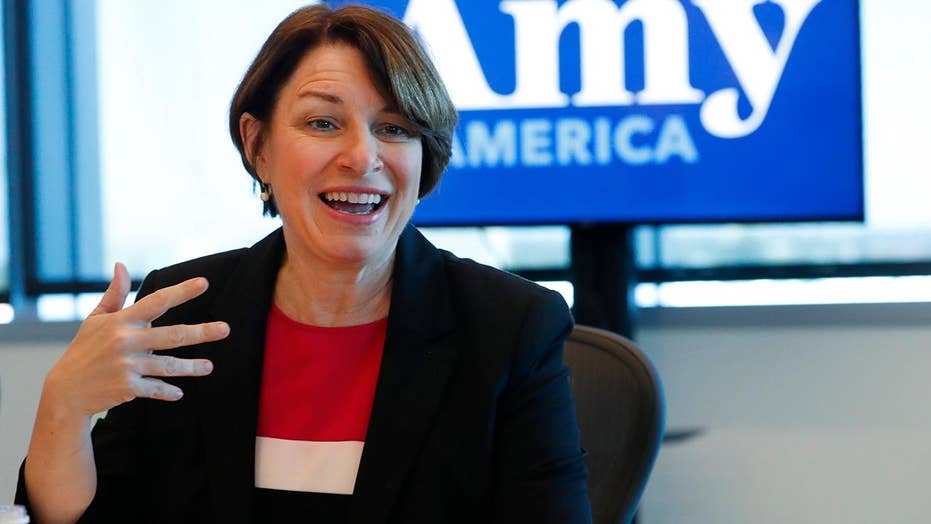 What to know about 2020 presidential candidate Senator Amy Klobuchar (D-MN), from her policies to what she needs to overcome as election season approaches.

The first: what critics and analysts have called her “please clap” moment. Klobuchar was boasting that in each of her elections she won every congressional district in her state, including that of former Rep. Michele Bachmann, a Republican.

After the audience didn’t react to her victories, Klobuchar gave them permission to be excited.

“It’s when you guys are supposed to cheer, okay?” Klobuchar grinned, which prompted applause and some laughter.

Many on social media have drawn comparisons to former Florida Gov. Jeb Bush, who famously told a town hall crowd to “please clap” on the campaign trail during the 2016 election.

Later on, the Minnesota Democrat had an awkward encounter with CNN anchor and town hall moderator Chris Cuomo.

While discussing how to address climate change with rural voters, Klobuchar stressed how important it was and told Cuomo that she wanted to “finish” her thought before he interrupted.

She then, however, felt a little creeped out by Cuomo’s presence.

“I feel you creeping over my shoulder,” Klobuchar told the CNN anchor. She jokingly clarified, “not in a Trumpian manner.”

Klobuchar was referring to the second presidential debate in 2016. Former Secretary of State Hillary Clinton later accused then-candidate Donald Trump of being a “creep” for approaching behind her on the debate stage and claimed her “skin crawled” in her memoir, “What Happened.”