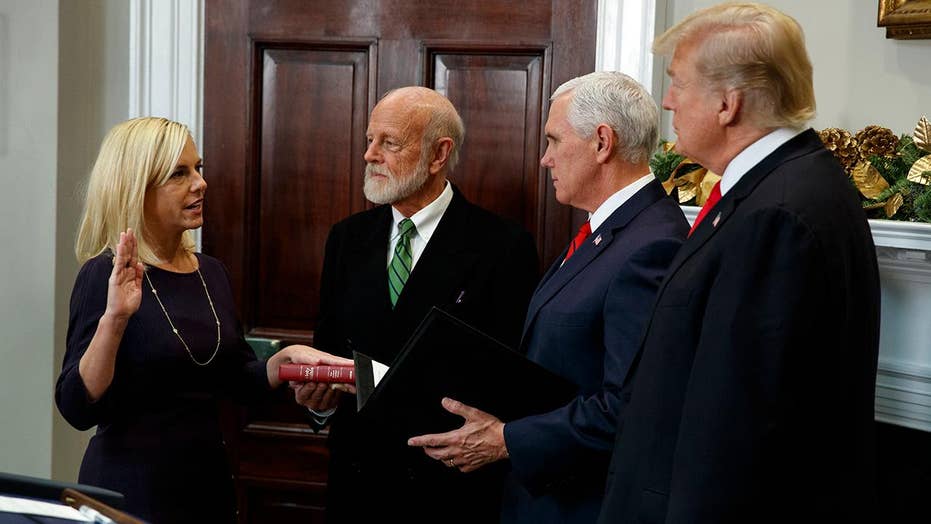 Ceremonial swearing-in of Kirstjen Nielsen to be homeland security secretary.

Deputy White House Chief of Staff Kirstjen Nielsen has been confirmed by the U.S. Senate to oversee the Department of Homeland Security (DHS).

Nielsen, a former Homeland Security official nominated by President Trump, was confirmed by the Senate in a 62-37 vote on Tuesday.

Senate Majority Leader Mitch McConnell said that Nielsen understands the department's daily operations due to her previous experience and is ready to lead on her first day.

Meanwhile, Democrats said Nielsen lacks the experience required to run a major agency with 240,000 employees. They also cited concerns about possible White House interference in a recent DHS decision to send home thousands of Nicaraguans that have long been granted U.S. protection.

The Department of Homeland Security oversees U.S. borders, cybersecurity and the nation's reponse to natural disasters, among other areas.