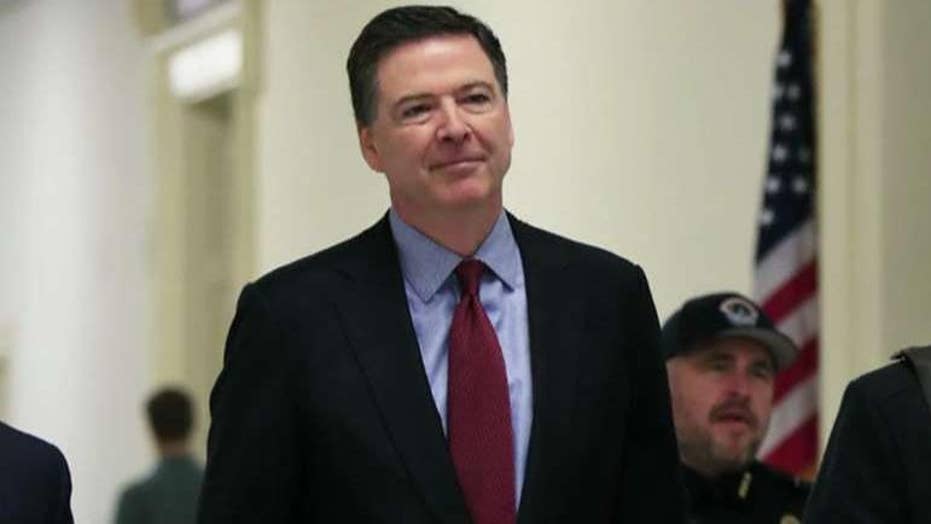 Kim Strassel says an FBI director should be making issues of the law, not entering the political realm.

During the event Thursday, Comey said it appears Trump obstructed justice in the Russia investigation, and there is "no doubt" Trump would have been charged if he was not the sitting president.

“We know that Jim Comey has an incredible self-regard, that’s pretty clear,” Strassel, a Fox News contributor and member of the Wall Street Journal editorial board, said on America’s Newsroom Friday. “He just doesn’t seem to be able to let this go.”

She noted that Comey also took aim at FBI officials’ conduct during the probe, which Comey claimed damaged the reputation of the bureau and tarnished the investigation.

“It just further makes Americans believe that these heads of law enforcement and former intelligence chiefs have a political axe to grind, that that’s what they’re doing in office,” Strassel said. “It undermines the FBI and the integrity of the FBI.”

“He’s not doing anything to help his reputation or that of the FBI by continuing to insert himself in these political debates,” Strassel said.

“Do you see other former FBI directors, etc. doing things like this? No, it’s not what you do. It’s always been understood that when you step away from the office, you retire from that political realm that was never really your job in the first place.”