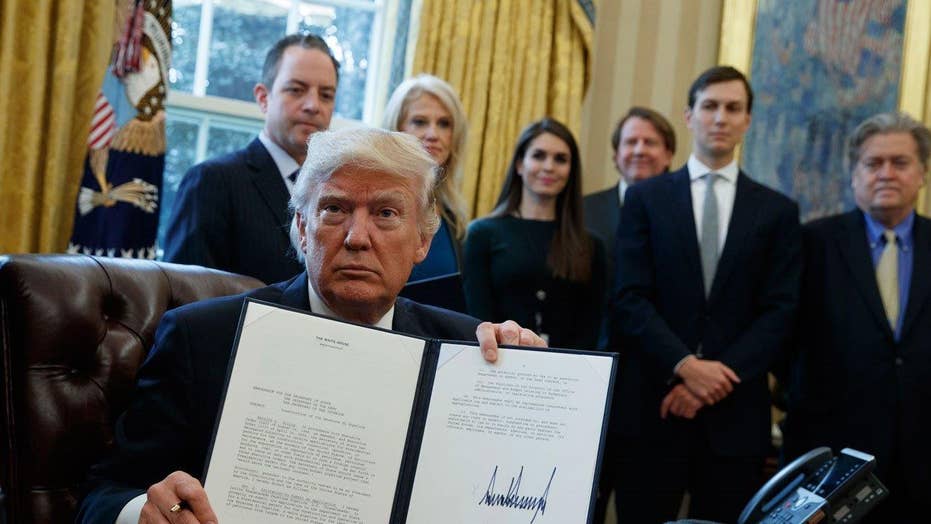 The president signed orders to streamline the permitting and manufacturing process for pipelines and additional infrastructure projects; John Roberts reports for 'Special Report'

The Keystone XL oil pipeline won't use American steel in its construction, despite what President Donald Trump says.

"The way that executive order is written, it’s specific to new pipelines or those that are being repaired, Sanders said. "And since this one is already currently under construction, the steel is already literally sitting there, it would be hard to go back. But I know that everything moving forward would fall under that executive order."

The directive applies to new pipelines or those under repair. Sanders said it would be hard to do an about-face on Keystone because it's already under construction and the steel has been acquired.

Trump said as recently as last week that Keystone and the Dakota Access pipeline must use American steel "or we're not building one."

Trump used his executive powers shortly after taking office to greenlight the two pipeline projects that had been blocked by President Barack Obama.

The Keystone pipeline would run from Canada to refineries in the Gulf Coast. The Dakota Access line would move North Dakota oil to Illinois, and that project is nearly complete.