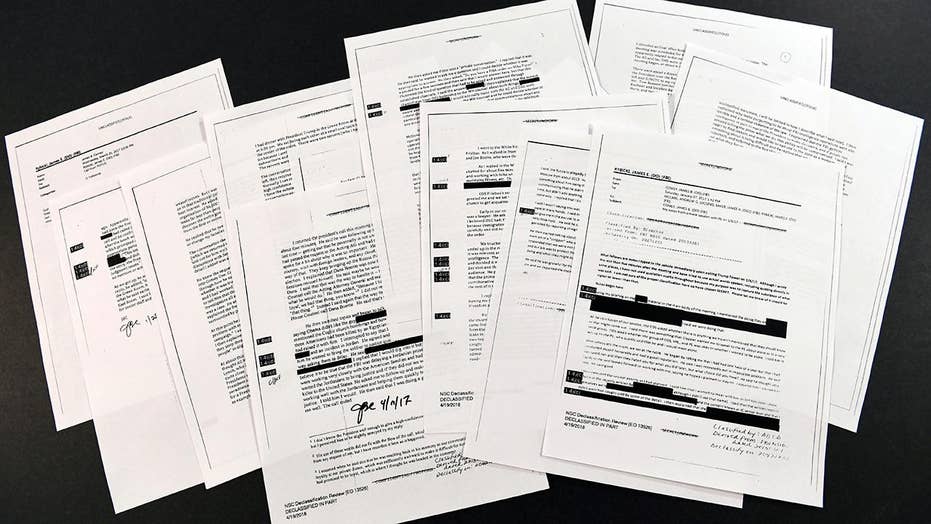 The Comey memos: Why Russian collusion was the big loser

Top GOP lawmakers said Thursday that James Comey's newly released memos documenting his conversations with President Trump reflect his own “terrible judgment” and political bias, even as Democrats use the juicy details to tarnish Trump.

The memos, which detail Comey’s interactions with Trump in the first months of the administration before his firing in May 2017, were sent to Congress by the Justice Department late Thursday.

“He chose not to memorialize conversations with President Obama, Attorney General Lynch, Secretary Clinton, Andrew McCabe or others, but he immediately began to memorialize conversations with President Trump,” the statement said, noting that Comey has claimed he had concerns about Lynch's credibility to such an extent that he took on a more public role in the 2016 Hillary Clinton email probe. Yet only memos on Trump discussions appear to exist.

The committee chairmen mocked Comey, known for his descriptive flair, for including details about “extraneous facts” such as when he felt complimented.

The lawmakers also accused Comey of being “blind to biases” within the FBI and having “terrible judgment” with respect to his deputy Andrew McCabe -- who was fired after an investigation found that he had lied to Comey and to FBI agents about his role in leaks about a probe into the Clinton Foundation. The lawmakers noted that the memos say he defended McCabe’s character to Trump -- even as Comey now acknowledges McCabe lied. 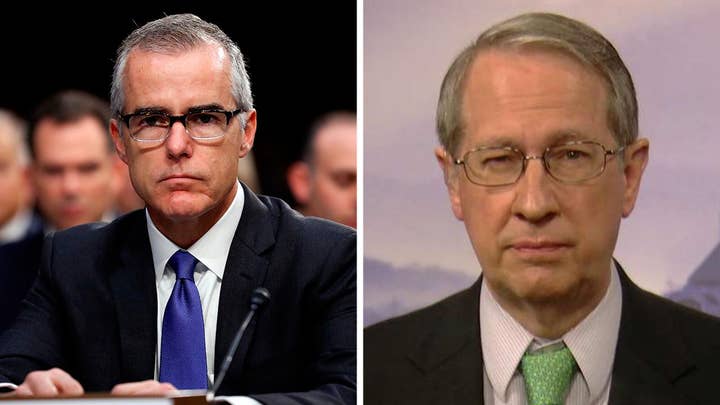 The memos come on the heels of the release of Comey’s book, “A Higher Loyalty,” which also detailed Comey’s account of interactions with Trump, as well as his dim view of the president’s conduct in office.

They include details about conversations, including discussions of lurid allegations that Trump saw prostitutes in Moscow in 2013 and that Trump told the then-FBI chief that he “demanded loyalty and expected loyalty.”

Democrats took a different view of the memos, with House Minority Leader Nancy Pelosi, D-Calif., saying the memos were more evidence of Trump's "contempt for the rule of law."

"His attempts to intimidate, circumvent the law & undermine integrity of law enforcement investigations demand immediate action to protect the Mueller investigation," she said.

Rep. Elijah Cummings, ranking Democrat on the House Oversight Committee, backed Comey for documenting what he said was interference in Comey's investigation.

“President Trump’s interference was a blatant effort to deny justice, and Director Comey was right to document it as it happened -- in real time,” he said in a statement.

But, in a nod to criticisms in the media that Comey has been more interested in promoting himself rather than serving the interests of the country, the GOP lawmakers said Comey ignored the central issue of whether Trump obstructed or threatened him in favor of frivolous details.

“While former Director Comey went to great lengths to set dining room scenes, discuss height requirements, describe the multiple times he felt complimented, and myriad other extraneous facts, he never once mentioned the most relevant fact of all, which was whether he felt obstructed in his investigation,” the memo said.

They also questioned his headline-grabbing Trump putdowns over the last week, saying he was "willing to overlook all of the aforementioned characteristics in order to keep his job. In his eyes, the real crime was his own firing."

Trump has also weighed in on the memos, saying Thursday night that they show “clearly that there was NO COLLUSION and NO OBSTRUCTION.”

On Friday he nicknamed the former FBI Director “Shadey James Comey” and slammed his “third rate book (that should never have been written.)"