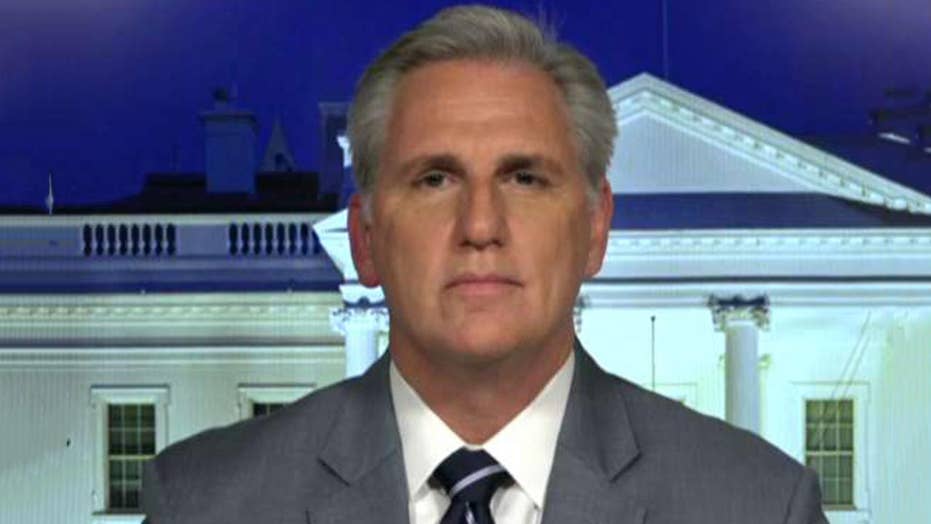 McCarthy: Trump talked about the facts on border security

Standing by Trump on “Hannity,” McCarthy, R-Calif., said: “He is asking for 10 percent of what our government gave away to foreign governments last year.”

TRUMP LAMENTS 'CRISIS' AT BORDER AS DEMS FIRE BACK

Trump has asserted that the government remains shut down because Democrats won’t fund border security. 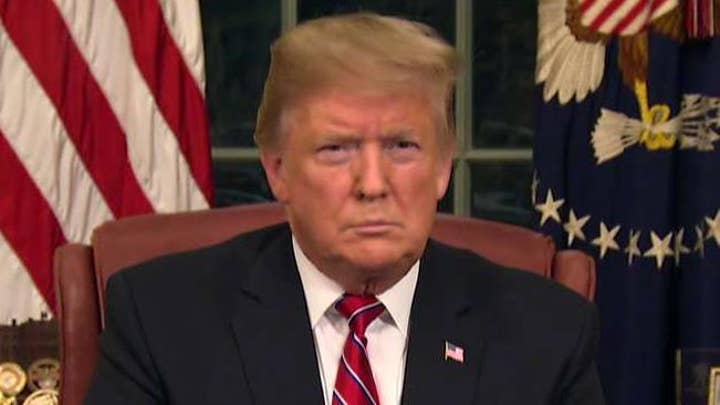 McCarthy said the Democrats want to ignore the facts, as Trump is determined to end the “cycle of human suffering.”

The president noted several Americans killed by suspected illegal immigrants, including California police Cpl. Ronil Singh, who was murdered the day after Christmas — allegedly by an illegal immigrant suspected of driving drunk. The suspect had multiple prior arrests, and Republicans have charged that California’s sanctuary laws — which prevent local law enforcement from cooperating with federal immigration authorities — led to Singh’s murder.

McCarthy told Sean Hannity that Singh's alleged killer was caught in his county in California.