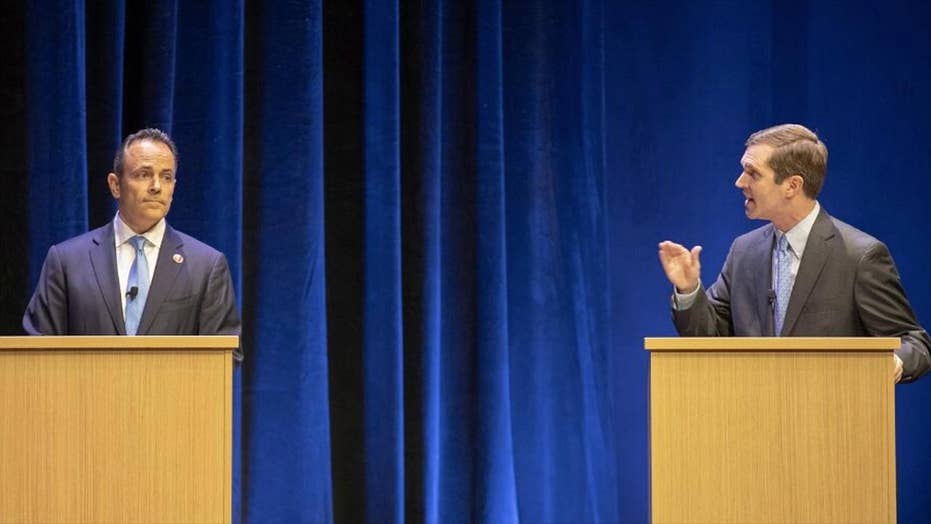 How Kentucky's Gubernatorial race could be Mitch McConnell’s litmus test

All eyes are on Kentucky's Gubernatorial Election where the latest Mason Dixie Poll in Kentucky shows that Republican incumbent Matt Bevin and his Democratic challenger Andy Beshear are tied at 46 percent.

LOUISVILLE, Ky. – As voters head to the polls in Kentucky's gubernatorial contest on Tuesday, Democrats say the results could be a bellwether for what's shaping up to be a closely watched race in 2020: Senate Majority Leader Mitch McConnell reelection campaign.

Kentucky is one of only three states electing a governor this year. Polls indicate a tight contest between Republican incumbent Matt Bevin and Democratic challenger Andy Beshear: the latest Mason Dixon Poll in Kentucky shows Bevin and Beshear tied at 46 percent.

Some Democrats, though, are looking ahead to the state's Senate race in 2020 -- where they dream of ousting the longtime Kentucky senator and Republican Senate leader -- despite his history of beating back Democratic challengers.

TRUMP IS NOT ON THE BALLOT, BUT HE'S FRONT-AND-CENTER IN THIS MONTH’S KEY GUBERNATORIAL ELECTIONS

A tight race to Democratic voters like Susan Jarl translates into a competitive race against McConnell, who, like President Trump, will be on the ballot next year. 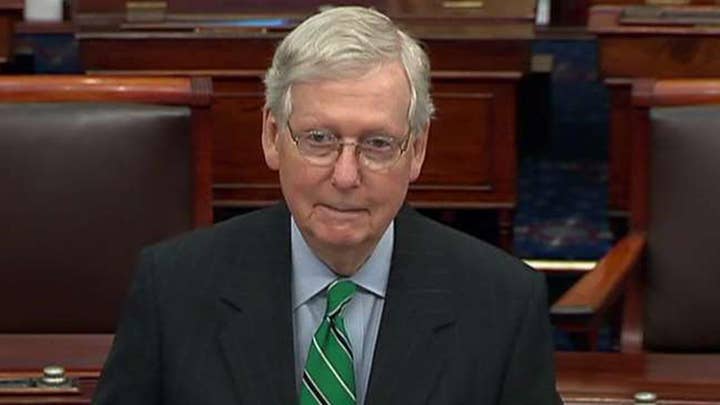 “We have to first get past this step in the state because it’s so important what happens at the state and local level," Jarl told Fox News. "Then come back and get Mitch McConnell and Trump out next year. It would be a miracle and such a blessing.”

A spokesman for McConnell did not immediately return a request for comment.

McConnell is the longest-serving Republican Senate leader in history and has been reelected six times. A well-funded challenge by Democrat Alison Lundergan Grimes garnered national attention in 2014, but McConnell handily defeated her by 15 points that year.

McConnell’s history, however, hasn’t stopped Democratic opponents from emerging, including retired Marine pilot Amy McGrath. She raised $10 million in just 24 hours of announcing she would run against the Senate majority leader.

But politics professor Dewey Clayton at the University of Louisville said that it’s ambitious for Democrats to equate Kentucky’s close gubernatorial race to the Senate race in 2020.

“McConnell is a seasoned politician and even though he's considered to be unpopular, he has deep roots here,” Clayton said. “He knows how to win elections, he knows how to help others winning an election, and he's been in office so long, he helped turn this state from being basically a blue state into being a red state.”

“I think we’re seeing a trend in our country where we are getting tired of some of the old politicians and I think a lot of us are looking for a change but I support Mitch McConnell,” Kentucky voter Eric Titus said.

His campaign manager Kevin Golden, however, told Roll Call: “Leader McConnell and our campaign have been focused on making sure that Governor Bevin, [state attorney general nominee] Daniel Cameron and the rest of the Republican ticket are successful on election night.”

It's clear McConnell is preparing for a fight: so far he has about $9 million cash on hand for his re-election bid in 2020.