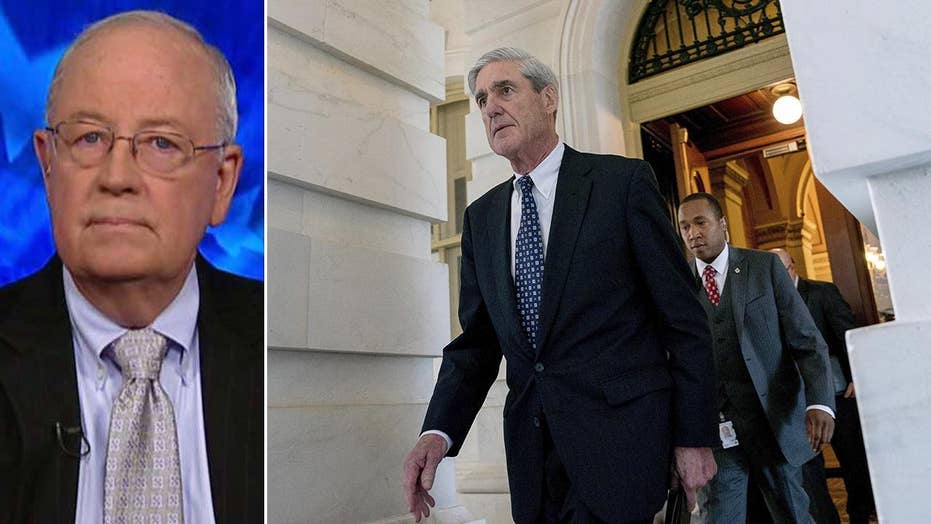 Robert Mueller is hardly the first special counsel to dominate American political life. Twenty years ago, impeachment proceedings began against President Clinton based on the findings of Ken Starr's special investigation. Starr has avoided revealing his full thoughts about the Clintons, but now he is finally breaking his silence in his new book, 'Contempt: A Memoir of the Clinton Investigation.'

Former independent counsel Ken Starr writes in his new memoir that he considered -- but ultimately abandoned -- the idea of perjury charges against then-first lady Hillary Clinton after her “preposterous” deposition with investigators in 1995.

“I was upset over Mrs. Clinton’s performance, and was even considering bringing the matter before the Washington grand jury for possible indictment on perjury,” Starr wrote in “Contempt: A Memoir of the Clinton Investigation,” which hits bookshelves Tuesday.

Fox News obtained an advance copy of the book. In it, Starr recounts a Jan. 22, 1995, deposition with both then-President Bill Clinton and the first lady about the suicide of White House adviser Vince Foster and other issues stemming from the Whitewater land deal investigation.

Recalling the president’s answers during that interview, Starr writes, “Clinton bobbed and weaved, but was always pleasant as he avoided answering.”

The first lady, though, was a different story.

“In the space of three hours, she claimed, by our count, over a hundred times that she ‘did not recall’ or ‘did not remember,’” Starr wrote. “This suggested outright mendacity. To be sure, human memory is notoriously fallible, but her strained performance struck us as preposterous.”

But Starr suggested he eventually decided against pursuing criminal charges against Hillary Clinton because it would have been hard to prove she lied. 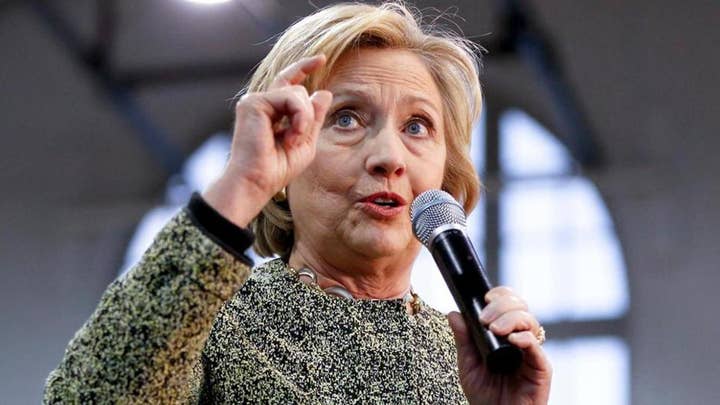 “[P]roving that someone knowingly lied when they said ‘I don’t recall’ or ‘I don’t remember’ is extremely difficult, especially if that person is the First Lady,” he said. “What was clear was that Mrs. Clinton couldn’t be bothered to make it appear as if she were telling the truth.”

A spokesman for Hillary Clinton did not immediately return a request for comment.

“We just did not have the evidence to bring those charges,” he said.

Publishers are billing Starr’s book as the first time he has given his full and candid perspective on the investigation that dug into the Monica Lewinsky scandal and led to then-President Bill Clinton’s impeachment.

Starr, in the book’s introduction, says both Clintons “knowingly embarked on a continuing course of action that was contemptuous of our revered system of justice.”

In another part in the book, Starr wrote how, as solicitor general of the United States, he traveled to Little Rock in 1992 when Clinton was running for president. He recalls being picked up by a member of then-Gov. Clinton’s security detail, who told him “salacious story after salacious story about the governor’s notorious extracurricular escapades.”

“The trooper’s highly specific details suggested that the tales were not made up,” Starr wrote.

He added that the trooper told him about Hillary Clinton’s “salty language” when she “discovered a clandestine episode under way in the guest cottage of the governor’s mansion.”

“A former beauty pageant queen, the trooper told me, had been Bill Clinton’s guest,” Starr writes.

He added that “little did I know that in less than two years, after the governor became president, I would be tasked” with investigating Clinton. Similar allegations from Arkansas state troopers would later become public in the controversy known as "Troopergate."

At another point in the book, Starr said, “Vince Foster’s death haunted me,” as he recalled investigating the suicide of the longtime Clinton associate that spurred conspiracy theories.

“In many ways, I was a lot like him: serious about the law, conscientious, and loyal to a fault. Foster had been needled by the media, which I knew all too well could be brutal, especially for someone not used to the public eye,” Starr wrote of Foster.

Starr told Carlson that the death of Foster still resonates with him.

“I was haunted by … what did Vince Foster do, as the deputy counsel to the president? He took his own life,” Starr said. “We knew that he was depressed. We had very significant evidence that he was clinically depressed. Why was he clinically depressed? Complex question. But that’s why I was haunted. Why did this very successful, very bright lawyer take his own life within six months of the administration taking power? And that … haunts me to this day.”

At several points in the memoir, he referenced then-associate Brett Kavanaugh, the current Supreme Court nominee who once worked for Starr on the Clinton investigation. He writes of the report they produced on Foster’s death, saying it was “drafted primarily” by Kavanaugh, “a key member of our brain trust.”

He also refers to Kavanaugh as the “chief wordsmith” as his team drafted the so-called “Starr Report” detailing the findings of its investigation into Clinton.

Reflecting on his work, Starr said he “deeply" regrets that he “took on the Lewinsky phase of the investigation.”

“But at the same time, as I still see it twenty years later, there was no practical alternative to my doing so,” Starr writes.

Starr, a conservative, also recalls being passed over in 1990 by then-President George H.W. Bush for the Supreme Court seat that went to David Souter, a reliable liberal.

He says he believes he could have been eventually appointed to the Supreme Court by another Republican president “had I not taken on the Whitewater investigation, and especially the much-criticized Lewinsky inquiry.”