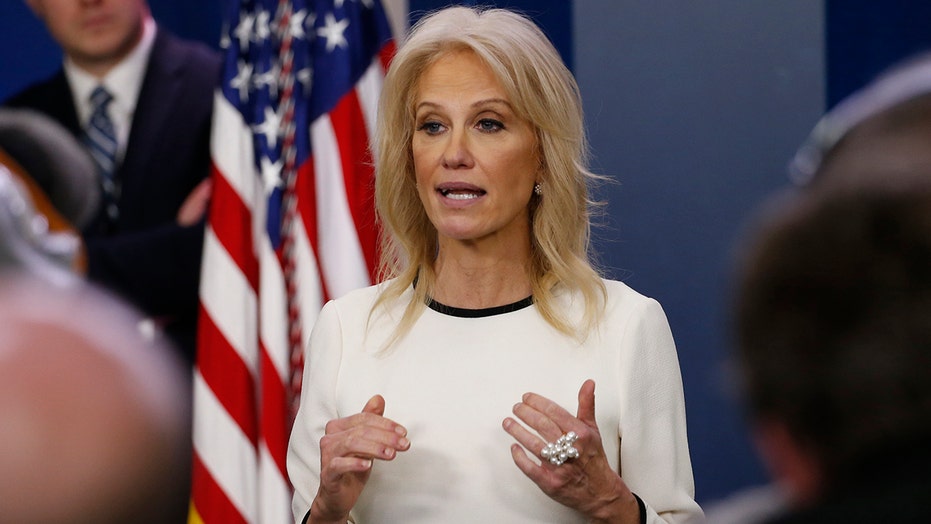 Top White House adviser Kellyanne Conway wouldn't confirm if the White House is hoping for a shorter Senate trial after the House of Representatives passed two articles of impeachment against President Trump on Wednesday night, instead likening the charges to those "on a Post-it note."

Conway said at a presser before the vote that the Senate could "breeze through" the charges of abuse of power and obstruction of Congress lodged against Trump, "as opposed to meaty ones that actually appear in the Constitution like treason and bribery, high crimes and misdemeanor," which he was not charged with.

Conway met with members of the Senate ahead of the House vote to go over various aspects of the upcoming trial including judges, strategy, messaging, public opinion and precedent, she told reporters.

Although she declined to offer specific names of those on Trump's legal team who would be defending him, she reiterated that White House Counsel Pat Cipollone would be leading the charge.

Conway insisted that Hunter Biden, 2020 Democratic contender Joe Biden's son -- whom Trump allegedly asked the leader of Ukraine to look into and which is the crux of the impeachment investigation -- should testify in the Senate.

A staunch defender of Trump, Conway attempted to downplay the impact the impeachment vote was having on the president, saying he was "doing fine" and instead pivoted to the Democratic debates slated to take place on Thusrday night.

"If I were a 2020 Democrat, I'd be hopping mad," she added. "They're having a debate tomorrow, does anybody notice or care?"