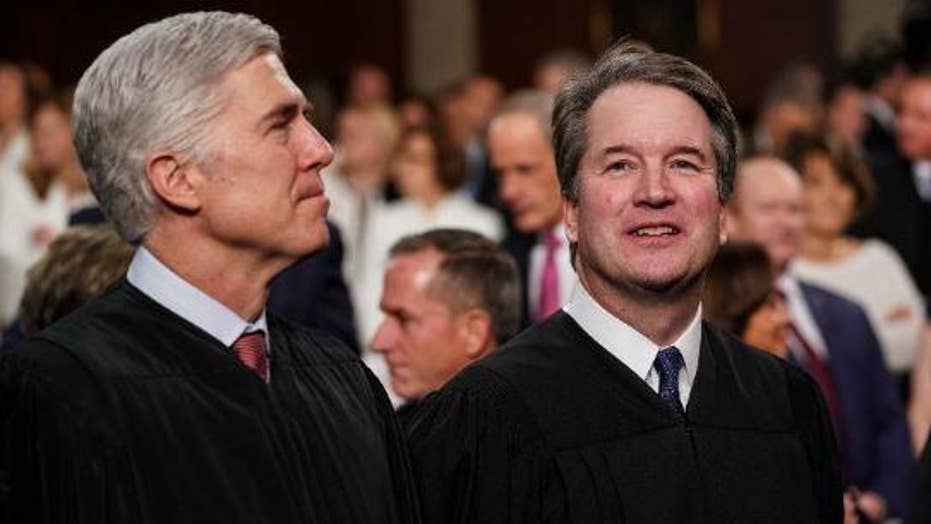 Democrats’ warnings that Supreme Court Justices Neil Gorsuch and Brett Kavanaugh would solidify an unwavering conservative majority on the bench so far have not come to pass, with the two Trump-nominated justices crossing over to side with liberal colleagues on numerous occasions since joining the court.

The confirmations of Gorsuch and Kavanaugh were met with fierce resistance amid concerns that they would tilt the Supreme Court for decades, perhaps even laying the groundwork to overturn Roe v. Wade. While that question remains unresolved as conservative states try to bring the abortion debate back before the high court, a range of other recent decisions indicate the two newest justices are ruling on a case-by-case basis, analysts say.

"The defining characteristic of both Justice Gorsuch and Justice Kavanaugh is that they have a very solid judicial philosophy. It’s not a political approach to the cases where you say what the outcome of this case is going to be and now find a judicial and legal rationale," Carrie Severino, with the conservative Judicial Crisis Network, told Fox News.

"It starts with the law, and it starts with how we interpret this law and using the same type of interpretive techniques regardless of what the real world political results may be, but having a consistent legal approach," she continued. "That doesn’t always lead to results that one might characterize as liberal or conservative." 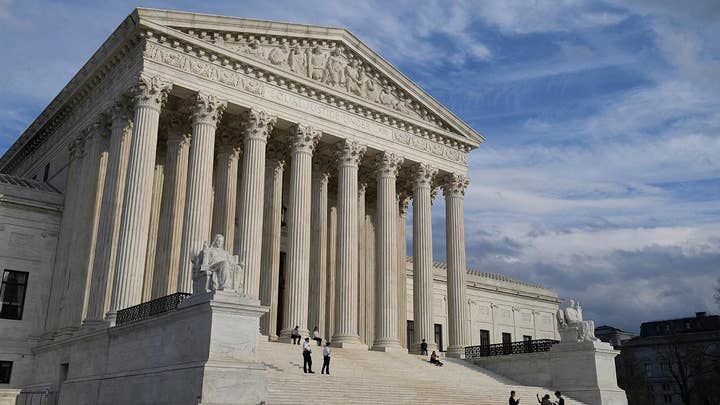 Gorsuch sided Monday with the liberal wing of the Supreme Court, giving a narrow majority in support of a Native American man convicted for hunting in a national forest. Kavanaugh opposed the ruling.

A week earlier, Kavanaugh sided with liberals in a 5-4 decision that he wrote, ruling that Apple could be sued by iPhone owners over high prices in their App Store. Gorsuch opposed the ruling.

In March, the two found themselves in disagreement multiple times. Kavanaugh joined liberal justices in a ruling that delayed the execution of a cop killer amid claims that religious freedom would be violated if the death-row inmate's Buddhist spiritual adviser wasn’t present during his final moments.

Gorsuch then joined liberals in ruling that the Yakama Nation doesn’t have to pay a Washington state fuel tax, while Kavanaugh dissented.

Gorsuch then joined Justices Samuel Alito and Clarence Thomas in dissent in a case brought by two Navy veterans who had been exposed to asbestos. But writing the court’s opinion, Kavanaugh said that the makers of pumps, turbines and blowers that required asbestos insulation to operate properly should have warned about the health dangers of asbestos exposure.

With these rulings, both Gorsuch and Kavanaugh have appeared to show more independence than the so-called liberal bloc of the Supreme Court. "If you look at the liberals on the Supreme Court, they are much more consistent in voting patterns with each other than conservatives," Severino said.

"If you look at the liberals on the Supreme Court, they are much more consistent in voting patterns with each other than conservatives."

“I think there’s less consensus than maybe was expected between the conservatives; the liberals seem to still be voting very heavily together,” Adam Feldman, a Supreme Court expert who runs the blog Empirical SCOTUS, told Fox News. 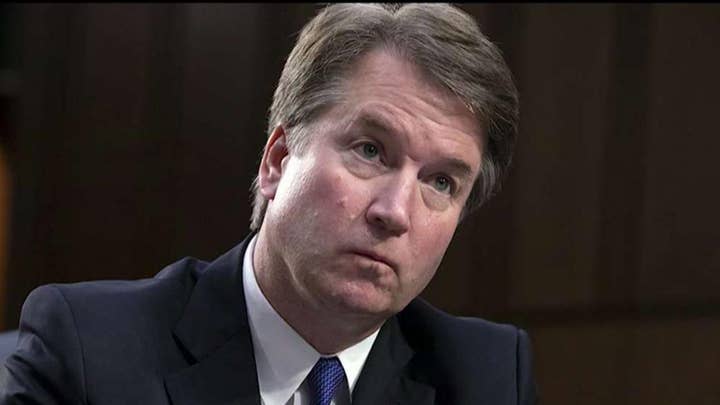 The impartiality of Gorsuch and Kavanaugh, though, was called into question by Democrats during their confirmation battles.

"The Trump Administration has shown unprecedented disregard for the rule of law and the role of an independent judiciary, making the need for judicial independence greater than ever. Judge Gorsuch’s record, however, is of loyal fidelity to conservative, Republican causes," a statement from Senate Democrats read, adding that his judicial record "provides no confidence that he would stand up to President Trump or any other conservative President’s agenda when it crosses the legal line."

"Judge Gorsuch’s record, however, is of loyal fidelity to conservative, Republican causes ... [his judicial record] provides no confidence that he would stand up to President Trump or any other conservative President’s agenda when it crosses the legal line."

California Sen. Dianne Feinstein labeled Gorsuch an “extremist” beholden to big business who “has consistently sided with employers and corporate interests," and went “out of his way to apply his own view of the law” and engage in “selective activism.”

Kavanaugh’s independence was called into question to a severe degree after he slammed the way the Democrats handled sexual misconduct allegations that surfaced during the confirmation process.

“This was not someone who reflected an impartial temperament or the fairness and even-handedness one would see in a judge,” Feinstein said. “This was someone who was aggressive and belligerent. I have never seen someone who wants to be elevated to the highest court in our country behave in that manner.”

“This was not someone who reflected an impartial temperament or the fairness and even handedness one would see in a judge.”

Senate Minority Leader Chuck Schumer called Kavanaugh an “extreme partisan” chosen by Trump and conservatives to overturn abortion laws in America. “He gave one of the bitterest, most partisan testimonies ever presented by a nominee.”

At the time, the nominees vowed to be impartial.

“A good judge must be an umpire—a neutral and impartial arbiter who favors no political party, litigant or policy,” Kavanaugh wrote in the Wall Street Journal following a fiery hearing amid accusations of sexual misconduct from decades ago.

“A good judge must be an umpire—a neutral and impartial arbiter who favors no political party, litigant or policy.”

Fox News senior judicial analyst Andrew Napolitano said Monday that he was shocked by Kavanaugh’s vote regarding Apple, saying “I did not see this coming.”

GORSUCH, KAVANAUGH ON OPPOSITE SIDES AGAIN, THIS TIME ON DELAY OF TEXAS COP KILLER'S EXECUTION

“All the indications about Brett Kavanaugh were that he was a monolithic conservative that wouldn’t even listen to the other side,” he said during an appearance on “America's Newsroom,” though noting that Kavanaugh always insisted he was “not a monolithic anything” and stressed he will listen to the facts and then decide how to rule.

“Today, he and the four liberal members of the court radically expanded the rights of plaintiffs to bring class actions,” Napolitano added.

Gorsuch, similarly, vowed to be impartial when asked during his confirmation hearing about Roe v. Wade, the 1973 ruling that affirmed a woman’s right to have an abortion under the U.S. Constitution.

Sen. Lindsey Graham asked Gorsuch whether Trump ever asked him to overturn the landmark abortion ruling in his interview with the president, to which Gorsuch replied, “No … I would have walked out the door. That's not what judges do.” 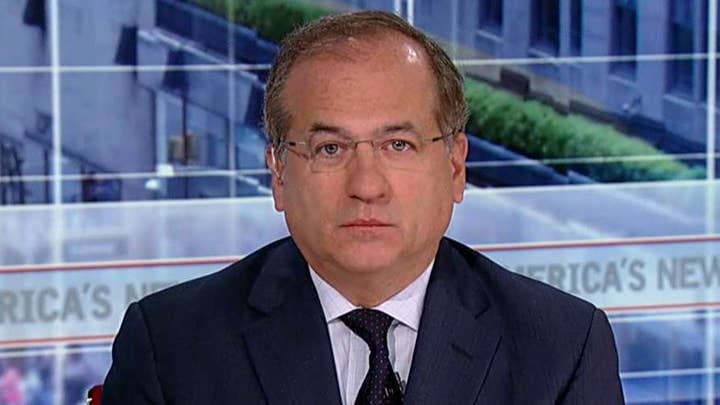 Gorsuch even went on to take a swipe at Trump during one of the hearings, saying criticisms against federal judges are troubling.

“When someone criticizes the honesty, the integrity, or the motives of a federal judge, I find that disheartening, I find that demoralizing,” said Gorsuch.

Yet following the passage of pro-life laws across the U.S., particularly in Alabama, that restricted or banned abortions after six weeks or earlier, progressive groups and Democrats are warning that should the cases reach the Supreme Court, both Trump-appointed justices will side with the right on the issue.

Kavanaugh told the Senate during the confirmation process that he views the high court’s abortion precedents as settled law, a sentiment that helped win a critical confirmation vote from Republican Sen. Susan Collins.

In December, Kavanaugh voted to decline to review two lower-court decisions that banned Louisiana and Kansas from cutting Planned Parenthood’s Medicaid funding, a move that many pro-lifers saw an example of Kavanaugh not being a judge who would rule against abortion. 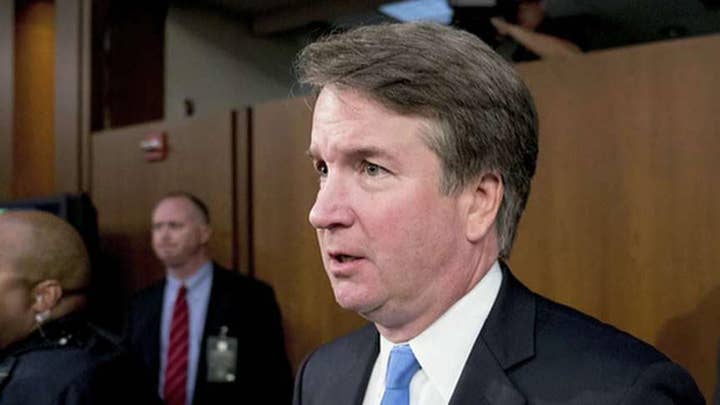 Gorsuch, meanwhile, was confirmed to replace Justice Antonin Scalia, a conservative judge who was skeptical of Roe v. Wade and suggested the abortion issue should be left to the states for them to independently decide.

Yet even as Gorsuch replaced an openly conservative justice, he hasn’t made comments that would indicate he’s angling to effectively overturn Roe v. Wade.

During confirmation hearings, Gorsuch issued a judicial defense of the abortion ruling, saying it set the precedent and he accepts that it’s “the law of the land.”