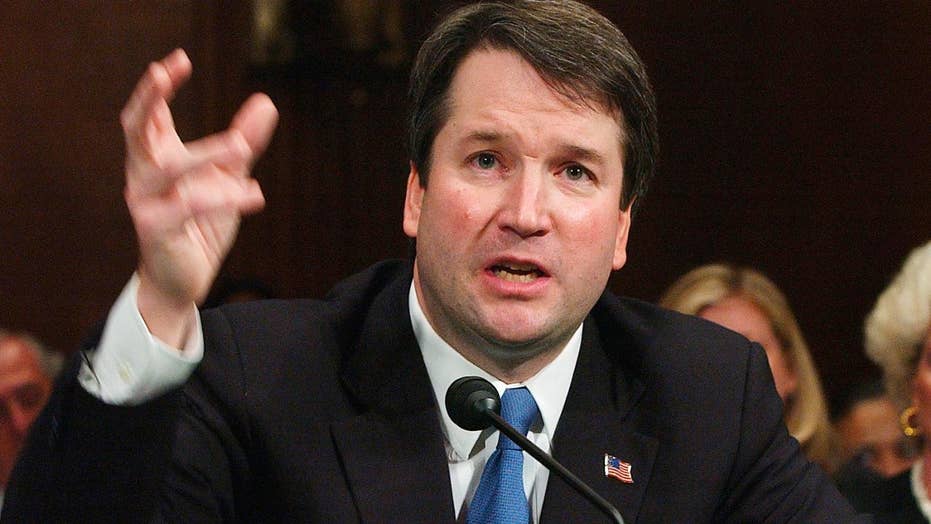 From protecting access to abortion in the U.S., to his relationship with a beleaguered judge accused of sexual misconduct, Brett Kavanaugh can expect a grueling confirmation hearing before the Senate Judiciary Committee Tuesday.

Kavanaugh, President Trump’s pick for the Supreme Court, will be questioned about his views on a bevy of legal issues, including executive power, reproductive rights, gun violence and privacy.

The White House assembled a team of attorneys from the counsel’s office, Kavanaugh’s roster of former clerks and other Republican lawyers to document his record and meticulously help the 53-year-old prepare for questions expected from senators.

Read on for a look at five topics senators could bring up during the confirmation hearing that begins on Sept. 4.

Although he has not expressed outright opposition to abortion, liberals and women’s rights groups have already warned of the end of Roe v. Wade, the landmark Supreme Court decision that legalized abortion, should Kavanaugh be confirmed. Trump has said he has not spoken with Kavanaugh about abortion.

In 2017, Kavanaugh issued a dissent in a case involving an undocumented immigrant who wished to be released from custody in order to have an abortion. While the court eventually allowed her to have the procedure, Kavanaugh said the majority opinion was “radically inconsistent with 40 years of Supreme Court precedent.”

Rochelle Garza, an immigration attorney who represented the teenager, is expected to testify on behalf of Senate Democrats during Kavanaugh’s confirmation hearing.

Ahead of his confirmation hearing, Kavanaugh submitted a completed 110-page questionnaire in which he said neither Trump nor anyone else associated with him approached him about “any currently pending or specific case, legal issue or question in a manner that could reasonably be interpreted as seeking any express or implied assurances concerning your position on such case, issue or question” before he was asked to be the nominee, Politico reported.

Supreme Court nominee Brett Kavanaugh will likely face questions during his confirmation hearing about his relationship with Alex Kozinski, a mentor now accused of sexual harassment. Kavanaugh worked as a law clerk in 1991 for Kozinski, a job that proved to be a key stepping stone for Kavanaugh’s career. Their past has led to questions about whether Kavanaugh was ever aware of any inappropriate workplace conduct by the judge and, if so, how he responded. (AP Photo/J. David Ake)

Once upon a time, Kavanaugh was able to turn to Judge Alex Kozinski, of the 9th U.S. Circuit Court of Appeals, for advice. But Kozinski has since retired from the court after he was accused by several female former law clerks and colleagues of sexual misconduct, including inappropriate comments, touching and forced viewings of pornography.

Kozinski said in a statement through an attorney many of the allegations weren't true, though deeply regretted his "unusual sense of humor caused offense or made anyone uncomfortable."

"I have always tried to treat my male and female clerks the same," he said.

While no evidence thus far has surfaced that would suggest Kavanaugh had any knowledge of Kozinski’s alleged wrongdoings, Kavanaugh is sure to be asked about his relationship to the former judge.

“Alex Kozinski’s relationship with Judge Kavanaugh is a legitimate area of inquiry, and I plan to question Judge Kavanaugh on this topic,” Sen. Mazie Hirono, D-Hawaii, told The Associated Press.

White House spokeswoman Kerri Kupec has said Kavanaugh “had never heard any allegations of sexual misconduct or sexual harassment by Judge Kozinski” prior to media reports.

Kavanaugh has often supported giving the U.S. government wide berth in the name of national security – including when it comes to the secret collection of personal data from Americans. This support is expected to be a topic of consternation among Democrats ready to grill the judge.

Sens. Dick Durbin and Pat Leahy are among Democrats who want to see more records from Kavanaugh's White House days. Durbin, in particular, has said Kavanaugh “acknowledged that he was involved in conversations involving enemy combatants” during a private meeting with the senator.

But Republican Sen. Rob Portman of Ohio maintained that Kavanaugh is “incredibly well-qualified.”

JUSTICE ANTHONY KENNEDY ON THE SUPREME COURT: HIS LEGACY AND THE FUTURE OF HIS SEAT

“I think he’s in the mainstream with regard to these issues, and frankly, I don’t think it’s a difference with any meaning between where he is and where the court is currently,” Portman said.

And Kavanaugh has already earned the support of libertarian-leaning Sen. Rand Paul. The Kentucky Republican said, after meeting with Kavanaugh, he will “carefully adhere to the Constitution and will take his job to protect individual liberty seriously.”

Kavanaugh’s position on gun control is expected to come under scrutiny during his confirmation hearings – particularly as a Parkland school shooting survivor is slated to testify on behalf of Senate Democrats.

Among one of Kavanaugh’s decisions in the spotlight is a 2001 dissenting opinion he authored on a pivotal gun ban.

The National Rifle Association has applauded Kavanaugh’s nomination to the bench.