Rep. Bass: There are monuments to the people that enslaved my ancestors

Bass, who is widely reported to be on Biden’s shortlist, responded Saturday to recently-emerged video that showed her speaking at a Church of Scientology opening in 2010. The organization has been accused of acting like a cult.

“The Church of Scientology I know has made a difference, because your creed is a universal creed and one that speaks to all people everywhere,” Bass said in the video obtained by the Daily Caller.

“The words are exciting of your founder, L. Ron Hubbard, in The Creed of the Church of Scientology: that all people of whatever race, color or creed, are created with equal rights,” she said.

On Saturday, Bass released a statement noting that she worships at a Baptist church, and says that at the event she “found an area of agreement in their beliefs -- where all people, of whatever race, color, or creed are created with equal rights, which is what my remarks were about.”

“Since then, published first-hand accounts in books, interviews and documentaries have exposed this group. Everyone is now aware of the allegations against Scientology,” she said. “Back in 2010, I attended the event knowing I was going to address a group of people with beliefs very different than my own, and spoke briefly about things I think most of us agree with, and on those things -- respect for different views, equality, and fighting oppression -- my views have not changed.” 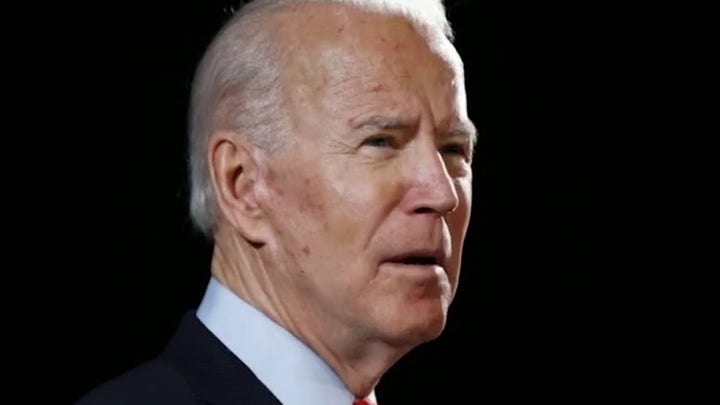 Bass has also had to tackle her past statements in relation to the Castro regime in Cuba -- something that could potentially hurt a Biden/Bass ticket with the Cuban-American population in the crucial state of Florida.

Bass traveled to Cuba in 1973 with an organization called the Venceremos Brigade, a joint venture between the regime and left-wing U.S. groups that organized trips for Americans to build homes in the country. During that trip she went to see Castro speak.

In 2016, when Castro died, she referred to him as "commandante en jefe" (commander in chief), and said his passing was a “great loss to the people of Cuba.” Those remarks have been criticized by Democrats in Florida in particular.

“Praise like the one that was given by Bass at the time of Castro’s death is inconsistent with my family’s experience with what the regime did -- and continues to do -- to people on the island, which is to suppress human rights, keep people under a totalitarian thumb and stifle economic growth,” Miami state Rep. Javier Fernandez told Politico in June.

In an article in The Atlantic this week, Basss said she hadn’t fully realized how Cuba and Castro were seen in Florida, as opposed to California.

“If I had to make that statement over again, I wouldn’t use those words,” she said.

She made similar remarks to MSNBC: “I have talked to my colleagues in the House about that, and it’s certainly something that I would not say again. ... I have always supported the Cuban people, and the relationship that Barack Obama and Biden had in their administration in terms of opening up relations.”

In that interview she called the Castro regime "very troubling." She has also claimed that when she visited the communist dictatorship in the '70s she already knew then that it was not the utopia others believed it to be.

“I didn’t have any illusions that the people in Cuba had the same freedoms I did. I came home and was protesting everything; I knew that the Cuban people didn’t have the ability to do that,” she told The Atlantic.

In regards to reports that members of the Brigade became sources for the Cubans, Bass said she wasn't involved in that either. She has since been back to Cuba a number of times, and when she visited the country in 2016, she tweeted out a picture from her 1973 visit.

Biden has said he will announce his VP pick later this month. Others on the shortlist are believed to include Sen. Kamala Harris, D-Calif., former National Security Adviser Susan Rice, Rep. Val Demings, D-Fla., and Sen. Elizabeth Warren, D-Mass.