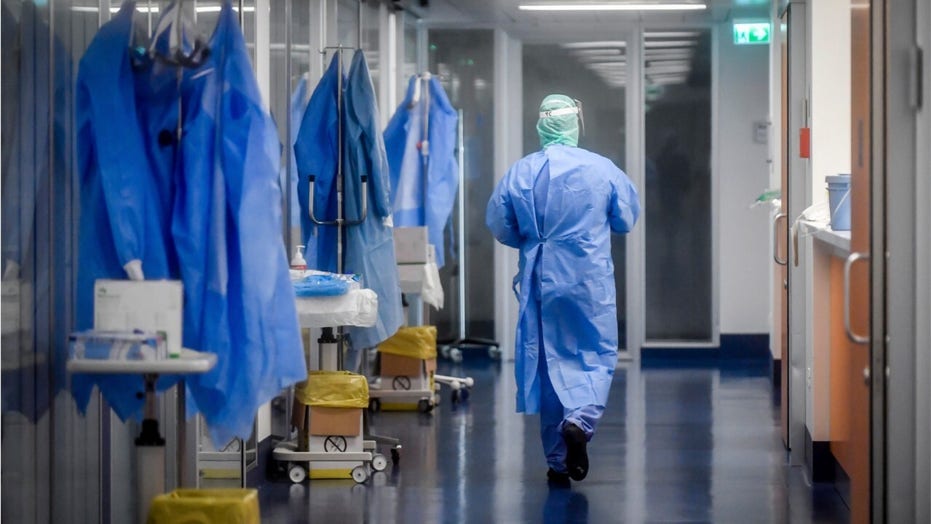 Kansas GOP lawmakers on Wednesday moved to limit their Democratic governor’s emergency powers during the coronavirus pandemic, arguing that they are an overreaction that is fueling panic and an unnecessary intrusion into people’s lives.

The pushback came after Gov. Laura Kelly announced Tuesday that all public schools will be closed for the remainder of the school year and classes will be held remotely to curb the spread of the coronavirus.

Kansas Gov. Laura Kelly answers questions from reporters after announcing that she'd order all public and private K-12 schools in the state to close for the rest of the semester, Tuesday, March 17, 2020, at the Statehouse in Topeka, Kan. (AP)

Conservative critics have suggested that Kelly's actions suggest she might go after firearms and try to limit their sale.

Kelly declared a state of emergency last week to mobilize state resources, but it will expire March 27 unless legislators pass a resolution extending it. Lawmakers are now set to have the GOP-controlled legislature's leaders scrutinize all of Kelly's future coronavirus orders and to give them the power to revoke many of them within days.

"There is a concern about civil liberties, a concern about the proper exercise of government authority and not wanting it to be too extreme,” House Speaker Pro Tem. Blaine Finch, who helped draft the final version, told fellow Republicans.

The House approved a version of the resolution last week as a straightforward extension of Kelly's state of emergency into January 2021.

CURFEWS, CLOSURES AND MORE: WHAT THE GOVERNMENT CAN AND CAN'T DO IN A HEALTH EMERGENCY

The Senate on Wednesday passed its version limiting Kelly's power, 37-2. The two chambers then negotiated a compromise Wednesday night, with final votes in both chambers expected later Thursday.

The state of emergency would last until May 1, but legislative leaders could approve further extensions every 30 days.

The Senate-approved language from conservatives to strip Kelly of power governors have had in other emergencies. Among those powers is the authority to say who goes into or out of a disaster area and to restrict movement within an area. She also would lose the governor's broad power to act to "promote and secure the safety and protection of the civilian population."

Conservatives argued that Kelly's bold moves, and similar actions in other states, are unnecessarily torpedoing the economy and isolating people.

Democrats warned that the Senate's language could limit Kelly's ability to set up quarantine zones around communities in crisis.

Kansas has had more than 20 confirmed coronavirus cases and one COVID-19-related death.