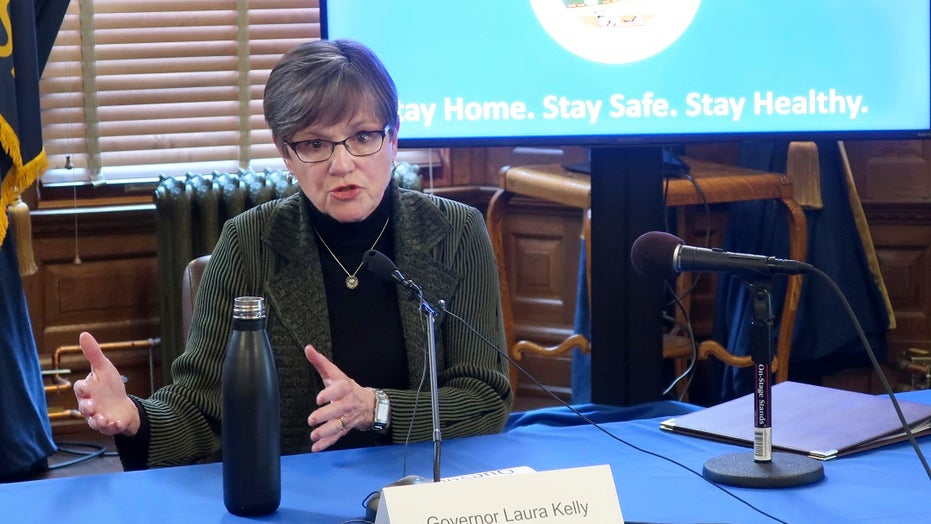 Kansas Gov. Laura Kelly is suing the Republican-led panel of state lawmakers after it overturned her executive order this week banning large gathering in churches in an effort to slow the spread of the coronavirus.

Senate President Susan Wagle called the order a "blatant violation, of our fundamental rights," according to the Topeka Capital-Journal. 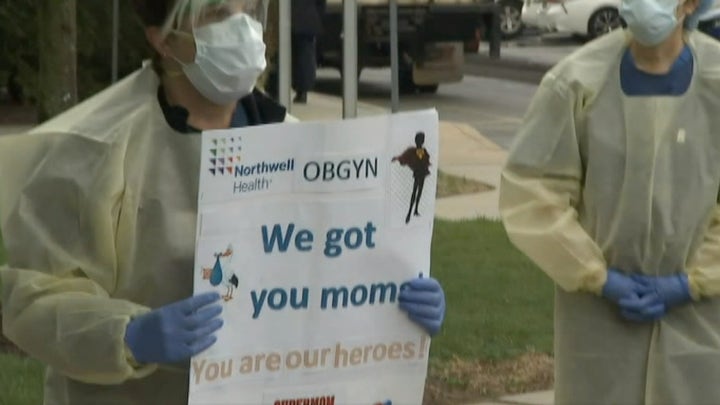 Given how time-sensitive the crisis has become, Kelly's attorneys are asking the Kansas Supreme Court to expedite the challenge to the council vote and declare it unconstitutional. They also want to court to enjoin the panel from taking another vote related to her emergency powers.

“The last thing I want right now is a legal battle,” Kelly said at a Thursday news conference. “But as I said yesterday, Kansas lives are on the line and I took an oath to uphold and defend the constitution.”

Health officials fear religious services could lead to an uptick in COVID-19 cases, The Wichita Eagle reported. Three of the state's 12 coronavirus clusters have been traced to church gatherings.

On Tuesday, Kelly announced that church services and funerals would no longer be exempted from an order limiting gatherings of 10 people or more. The lawsuit said the state's emergency management law allows for the full Legislature to revoke her orders, not the council.

Kelly denounced the lawmakers' actions, accusing them of putting the health and safety of families at risk.

"This virus has been hard for all of us. As your governor, all I can do is take decisive steps to mitigate the damage, flatten the curve as quickly as possible, and prevent this virus from reaching its full, lethal potential," she tweeted. "That’s why I’m deeply disappointed that Republican leadership isn’t putting the health and safety of Kansas families first – including our faith communities."

In a statement from Kansas House GOP leaders, they said they agreed with Kelly that Kansas residents should stay home during Easter and Passover.

“But, this is where we disagree," the statement reads. "Kansans should not be arrested for practicing their faith.

“Despite repeated attempts to solve this problem and create a constitutional order, the Governor has opted to create confusion and tie this issue up in the courts," the statement continued. "We take seriously our obligation to protect people’s lives during this pandemic, and we know that the Governor does too."

They called Kelly's lawsuit unnecessary and said she should look for a "safe and legal" solution.

Governors across 44 states have enacted measures limiting church gatherings. Statewide, Kansas has 1,106 known COVID-19 cases, including 42 deaths as of Thursday night, according to the state Department of Health and Environment.

In a Thursday tweet, Kelly urged Kansans to "embrace alternate forms of worship."

"I know it's painful to refrain from gathering to recognize religious celebrations," she wrote. "The physical church itself, while sacred and beloved, has never defined Kansans' deep and abiding faith."

Kelly is asking the court to resolve the matter before the Easter holiday, which falls this Sunday.