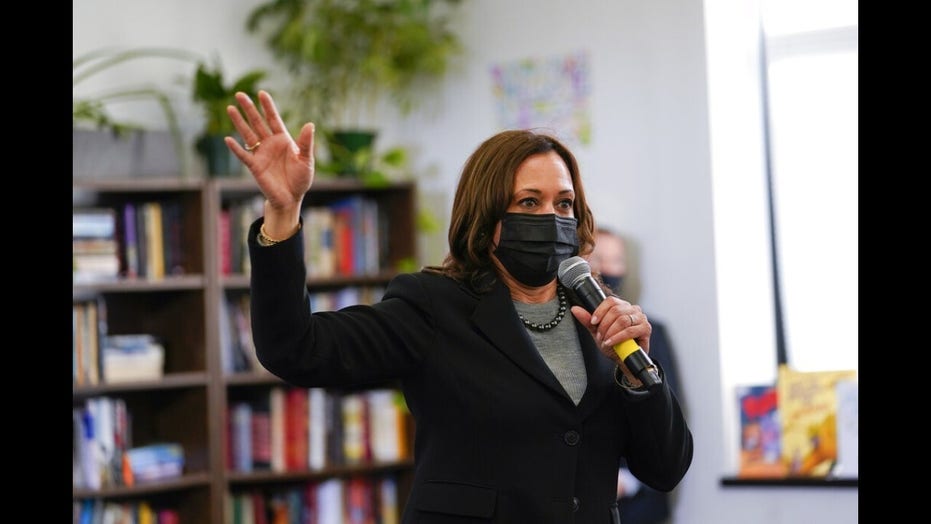 Pavlich: Has anyone on the Biden administration told VP Harris to stop laughing when asked serious questions?

The Biden administration's border policies are creating a catastrophe for everyone, Fox News contributor Katie Pavlich said Tuesday on "Outnumbered," in reaction to migrants receiving in-person schooling in San Diego while American students are continuing to learn from home. Pavlich blasted Vice President Kamala Harris for laughing off a question about the subject.

KAMALA HARRIS LAUGHS AFTER REPORTER ASKS IF SHE PLANS TO VISIT BORDER: 'NOT TODAY!'

KATIE PAVLICH: "I don’t understand what she thinks is funny. American parents are getting screwed. Their kids are falling behind and the very people Democrats claim to be standing up for, minority students, aren’t getting an education and aren’t going to be able to compete with their peers in the United States. Not to mention across the world. And just on a basic staffer level, has nobody sat down with the vice president and said, you have to stop laughing when you’re asked serious questions. It makes you look out of touch, it makes you look incompetent. That’s a basic thing that they should’ve fixed by now.

In terms of going back to your question about whether she is the person to handle the crisis, I think Morgan [Ortagus] is absolutely right when it comes to this being done in a lot of ways on purpose. They think this is a good political position for them to take against Republicans. In the future, they are now creating a political position where they let hundreds of thousands of people in, most of them children and families. It creates another opportunity for Democrats in the future to say we need another Dreamer Act. We need another DACA act and then they use that against Republicans as a political point to accuse them of racism.

On this issue that we’ve heard this week too of the administration waving essentially the FBI background check for sponsors of these children, I spoke to a whistle-blower years ago during the 2014-2015 surge under Obama who said when they waive those background checks during that time, these children were getting picked up by sex traffickers and sex offenders and sold into sexual slavery in the United States. This is a complete catastrophe and it affects Americans and it also affects these children who are now being taken into these facilities and just given away to people without a proper background check.