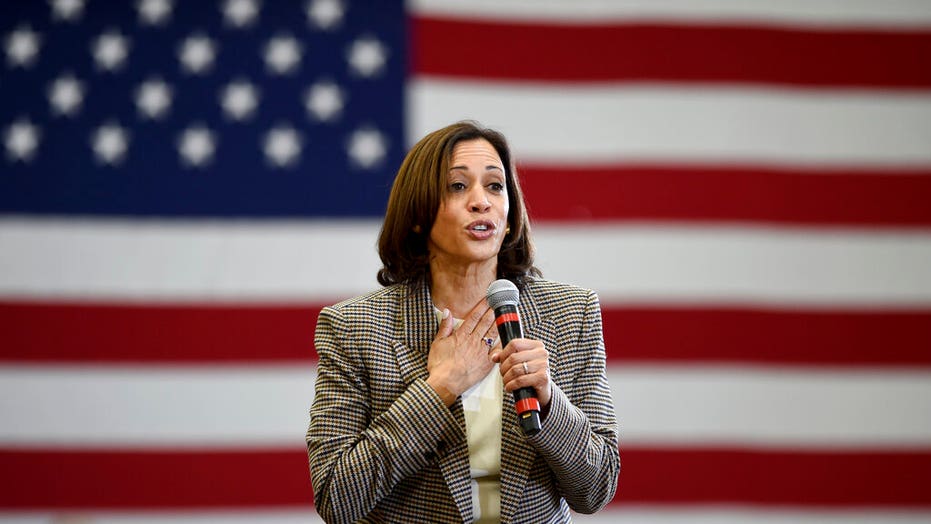 Sen. Kamala Harris, D-Calif., introduced a resolution condemning “anti-Asian sentiment as related to COVID-19,” including use of the phrase “Wuhan Virus.”

The resolution claims a study found over 400 cases of anti-Asian discrimination related to COVID-19 between February 7 and March 9.

The resolution takes particular aim at phrases such as “Wuhan virus,” “Chinese virus” and “Kung Flu” for perpetrating “anti-Asian stigma.”

Trump began calling COVID-19 “Chinese Virus” soon after rumors began circulating among Chinese officials that coronavirus found its origin in the U.S. Army, and he rejected objections from the media that the term might be “racist.” However, he said in late March that if China continued to protest the name he’d stop using it.

Harris, along with Sens. Tammy Duckworth, D-Ill., and Mazie Hirono, D-Hawaii, last month announced their intention to bring forward the resolution. Duckworth accused Trump of “inappropriate and racist efforts” to “rebrand” the disease.

“Inflammatory and racist rhetoric from officials at the highest level of our government has contributed to a disturbing rise in hate-crimes targeting Asian Americans,” said Hirono.

Meanwhile, Republicans have sought to hold China accountable for withholding information in the early days of coronavirus. On Tuesday, Sen. Josh Hawley, R-Mo., introduced a bill that would allow Americans to sue the Chinese government over its coronavirus handing.