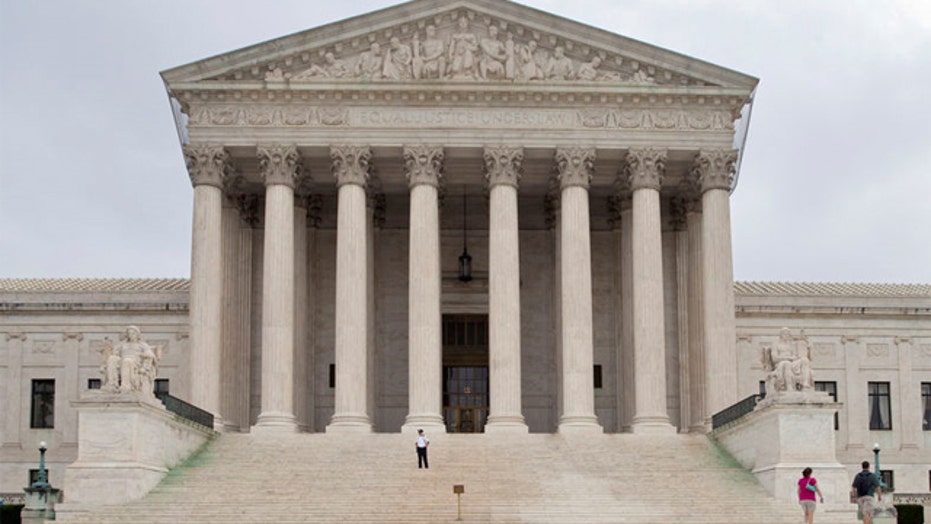 Woman denied sales job at clothing store because of headscarf

The Supreme Court ruled Monday for a Muslim woman who did not get hired after she showed up to a job interview with clothing retailer Abercrombie & Fitch wearing a black headscarf.

The justices said that employers generally have to accommodate job applicants and employees with religious needs if the employer at least has an idea that such accommodation is necessary.

Job applicant Samantha Elauf did not tell her interviewer she was Muslim. But Justice Antonin Scalia said for the court that Abercrombie "at least suspected" that Elauf wore a headscarf for religious reasons. "That is enough," Scalia said in an opinion for seven justices.

The headscarf, or hijab, violated the company's strict dress code for employees who work in its retail stores.

Elauf was 17 when she interviewed for a "model" position, as the company calls its sales staff, at an Abercrombie Kids store in a shopping mall in Tulsa, Oklahoma, in 2008. She impressed the assistant store manager with whom she met. But her application faltered over her headscarf because it conflicted with the company's Look Policy, a code derived from Abercrombie's focus on what it calls East Coast collegiate or preppy style.

Abercrombie has since changed its policy on headscarves and has settled similar lawsuits elsewhere.

But the federal appeals court in Denver threw out the award and concluded that Abercrombie & Fitch could not be held liable because Elauf never asked the company to relax its policy against headscarves.