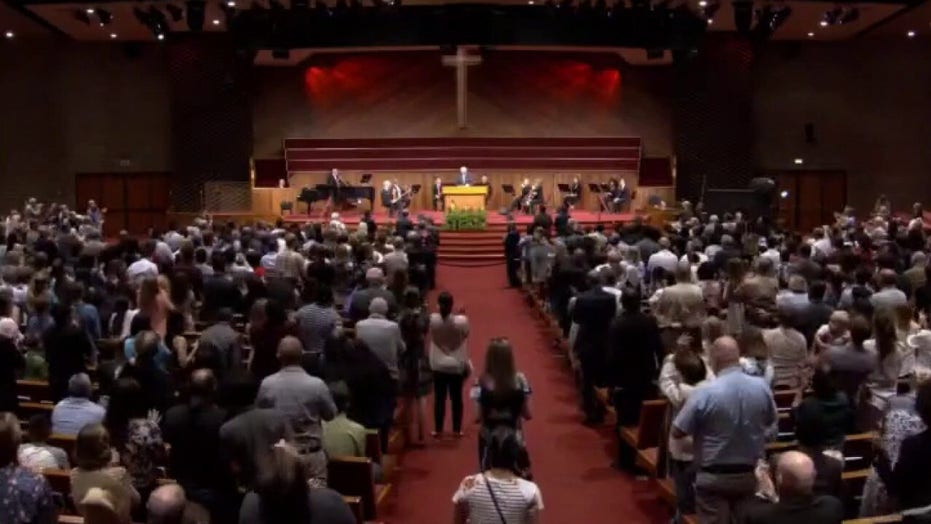 The Justice Department on Friday called on San Francisco Mayor London Breed to increase the allowable capacity in houses of worship, accusing the city of impeding on “religious freedom” amid the coronavirus.

In a three-page letter, Assistant Attorney General Eric S. Dreiband and U.S.attorney David Anderson of the Northern District of California called San Francisco’s policy of allowing just one congregant inside at a time “draconian.”

The letter acknowledged the city has the obligation to protect its residents from the deadly virus, but added, “there is no pandemic exception for the Constitution.”

“Even in times of emergency, when reasonable, narrowly-tailored, and temporary restrictions may lawfully limit our liberty, the First Amendment and federal statutory law continue to prohibit discrimination against religious institutions and religious believers,” Dreiband and Anderson wrote. “These principles are legally binding, and the Constitution’s unyielding protections for religious worshipers distinguish the United States of America from places dominated by tyranny and despotism.”

The letter said the one-worshipper-at-a-time order gives “no reasoned explanation why its one-size-fits-all limit on indoor religious gatherings, regardless of size, is necessary or appropriate.”

The Justice Department said the city's restrictions give preferential treatment to places like barbershops, nail salons, massage locations, tattoo parlors, gyms, shops and even childcare facilities, which can have up to 12 children indoors “even though children in a childcare center are together in an enclosed space for much longer than those attending a typical religious service.”

They wrote the rules "plainly discriminate against people of faith and their ability to gather and practice their faith at churches, synagogues, mosques, and other houses of worship. Put simply, there is no scientific or legal justification for permitting a 20,000 square foot synagogue to admit only one worshipper while allowing a tattoo parlor to accommodate as many patrons as it can fit so long as they are six feet apart."

They said they understood the city plans to increase worship attendance by up to 25 people by the end of the month, but said that would still “burden religious exercise,” especially for larger houses of worship.

They said the Justice Department is reviewing its options and could take further action to protect “religious liberty rights.”

San Francisco City Attorney Dennis Herrera responded by citing the city’s low infection numbers relative to other large cities, adding “We must be doing something right.”

Herrera said with more than 200,000 Americans dead from the virus, the federal government “should focus on an actual pandemic response instead of lobbing careless legal threats. San Francisco is opening up at the speed of safety."

He said the city already plans to expand capacity for religious gatherings “beyond what is described in the federal government’s letter. It's consistent with San Francisco’s careful approach and follows closely behind what the State of California allows," according to FOX 2 of the Bay Area.