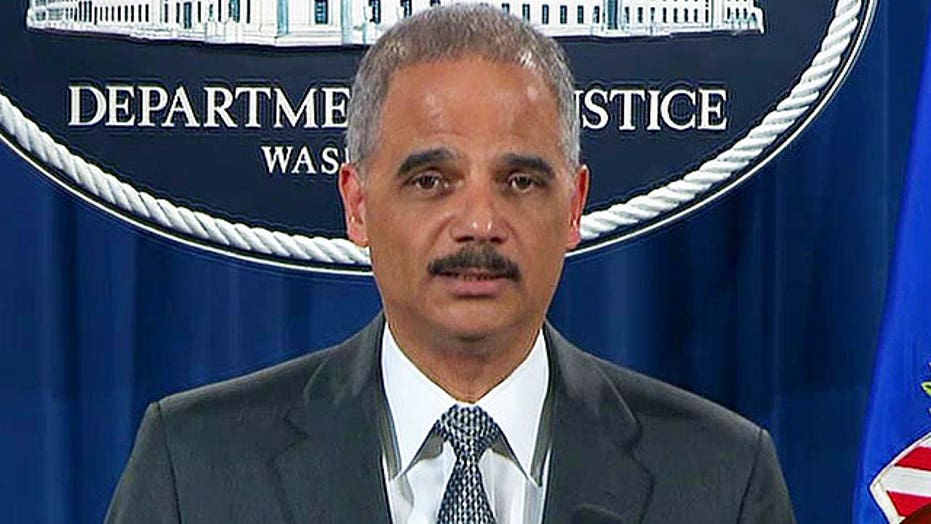 The Justice Department is planning to conduct a federal investigation into the chokehold death of an unarmed black man after a New York City grand jury declined to indict the white police officer who performed the move, Attorney General Eric Holder said Wednesday.

The probe will look for a potential civil rights violation in the death of Eric Garner. Garner, 43, was confronted by police officers on July 17 on suspicion of selling loose cigarettes. A video shot by an onlooker shows a police officer getting Garner in what is alleged to be a chokehold and Garner repeatedly saying he could not breathe.

Holder said this is one of "several recent incidents that have tested the sense of trust that must exist between law enforcement and the communities they are charged to serve and protect." Both cases have put law-enforcement officers under a microscope on how they use excessive force to arrests minorities.

"This is not a New York issue or a Ferguson issue alone," Holder told reporters late Wednesday. "Those who have protested peacefully across our great nation following the grand jury's decision in Ferguson have made that clear."

Separately, New York Mayor Bill de Blasio said he had spoken with Holder and Loretta Lynch, the U.S. attorney for the eastern district of New York who has been nominated as Holder's successor, and was told that the federal investigation into the death will now move forward.

The investigation was announced Wednesday night, hours after the Staten Island grand jury’s decision not to indict Officer Daniel Pantaleo. The grand jury could have considered charges ranging from murder to reckless endangerment.

The Justice Department had been monitoring the outcome of the local investigation before announcing its own probe. That investigation will be similar to a separate federal one already underway into the Aug. 9 shooting death in Ferguson of Michael Brown, an unarmed black 18-year-old. A county grand jury in that case decided last week to not indict the white officer, Darren Wilson.

To mount a federal prosecution in police misconduct cases, officials have to satisfy an extremely difficult legal standard — that the officer willfully violated a victim's civil rights and used more force than the law allowed. Though the legal standard will be the same in both the Ferguson and New York cases, there are important differences between the two investigations, said William Yeomans, a former Justice Department civil rights official.

"One big difference, and one thing I think makes this an easier investigation, is the existence of videotape," Yeomans said. "We didn't have that in Ferguson, and we would know much more about what happened in Ferguson if we had."

The chokehold maneuver is banned under New York Police Department guidelines. Police union officials and Pantaleo’s lawyer both argued that he used a legal takedown move because Garner was resisting arrest.

The medical examiner ruled Garner's death a homicide and found that a chokehold contributed to it.