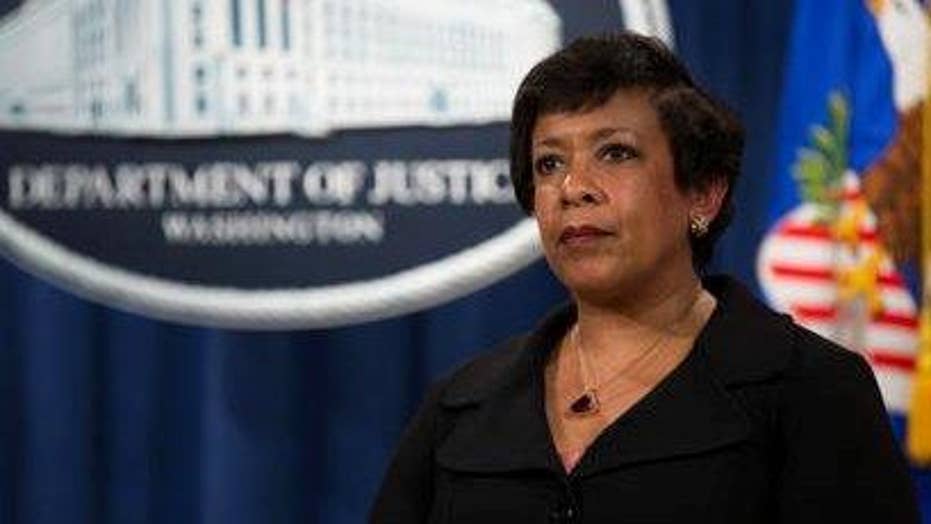 The Justice Department and North Carolina filed dueling lawsuits Monday over the state’s controversial “bathroom” law, with the Obama administration answering an early-morning lawsuit filed by Republican Gov. Pat McCrory with legal action of its own.

In a suit filed late Monday in U.S. District Court for the Middle District of North Carolina, the DOJ alleged a “pattern or practice of employment discrimination on the basis of sex” against the state over the law requiring transgender people to use bathrooms that correspond with the sex on their birth certificate.

The suit was filed after McCrory, in his lawsuit, accused the administration of a “baseless and blatant overreach” in trying to get the policy scrapped.

"This is an attempt to unilaterally rewrite long-established federal civil rights laws in a manner that is wholly inconsistent with the intent of Congress and disregards decades of statutory interpretation by the Courts," the state’s suit, filed in U.S. District Court in the Eastern District of North Carolina, said.

McCrory, speaking at his own press conference, said Congress should get involved and “bring clarity” to federal anti-discrimination provisions – but urged the court to intervene in the current dispute, in the meantime.

“This is not just a North Carolina issue, this is now a national issue,” he said. “We believe a court rather than a federal agency should tell our state, our nation and employers across the country what the law requires.”

In an "On The Record" interview Monday night with Fox News' Greta Van Sustern, McCrory pointed at the federal government needing to get involved to make clear rules for states on the legal definition of gender identity.

"The U.S. Congress kind of ignored it, and now the Obama administration is interpreting existing law," he said.

"I think frankly Congress needs to deal with this to have a consistent message throughout the United States," he added.

The state had faced a DOJ-imposed Monday deadline to respond to its demand that North Carolina either scrap the law or face legal action and risk losing federal funds. Lynch said Monday that as the case moves forward, they “retain the option of curtailing federal funding” to the state Department of Public Safety and University of North Carolina.

The state law also limits state anti-discrimination protections for lesbian, gay, bisexual and transgender people and blocks local governments from establishing their own. House Bill 2 has been criticized by gay rights groups, and entertainers including Bruce Springsteen and Pearl Jam have canceled shows. PayPal reversed plans to open a 400-employee operation center in Charlotte, and Deutsche Bank froze expansion plans near Raleigh.

Nearly 200 corporate leaders from across the country, including Charlotte-based Bank of America, have urged the law's repeal, arguing it's bad for business because it makes recruiting talented employees more difficult.

Several other states have proposed similar laws in recent months limiting protections to lesbian, gay, bisexual and transgender people. On Monday, the American Civil Liberties Union of Mississippi sued that state over a law that will allow workers to cite their own religious objections to same-sex marriage to deny services to people.

McCrory says the North Carolina law applies only to government offices, universities and road-side rest stops, not every bathroom in the state.

The governor, speaking over the weekend with “Fox News Sunday,” said he asked the department for an extension and was given only until the close of business Monday.

“I don’t think that three working days is enough time for such a pretty big threat,” he told Fox News. "It’s the federal government being a bully, making law.”

McCrory also said he doesn’t have the legal authority to change laws and that the expectation that he can is “unrealistic.”

McCrory, who signed the bill into law in March, said last week that the department seems to be breaking new ground in claiming the North Carolina law violates Civil Rights Act protections against discrimination in education and the workplace.

And he said the administration's warning means the issue is no longer confined to North Carolina.

“This is not just North Carolina,” said McCrory, arguing that every university that accepts federal funding is now in the same situation as those in his state.

Meanwhile, the administration is expected to soon take the bathroom issue further, to ensure that transgender student rights are fully protected under federal law, according to Politico. The move reportedly would be related to a federal law that prohibits sex-based discrimination in federally funded education programs and activities, and multiple agencies are expected to be involved.