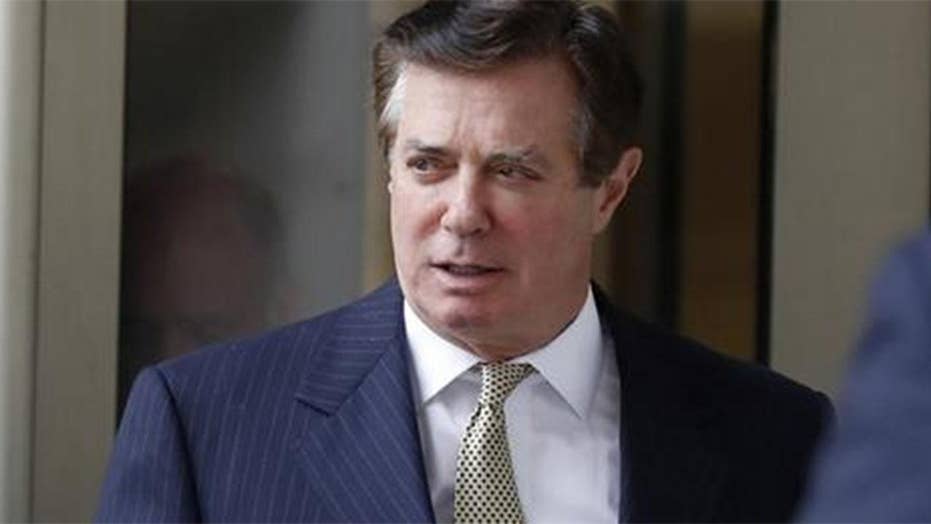 A federal judge on Wednesday rejected ex-Trump campaign chairman Paul Manafort’s effort to have his second trial moved to a venue outside Washington D.C.

During a court hearing, District Court Judge Amy Jackson told Manafort’s defense team and prosecutors that she was not convinced by the defense argument that they wouldn't be able to find a fair jury in D.C.

Jackson said “party affiliation” is not necessarily “a predictor of bias," referring to the Manafort team’s assertion that Manafort could not get a fair trial in the District of Columbia, which is overwhelmingly populated by Democrats.

Jackson also signaled Wednesday that she will not allow any discussion of "Russian collusion" during the 2016 campaign into the upcoming trial, though she would allow some mention of Manafort's role as the campaign manager of "a presidential campaign."

The case was brought by Special Counsel Robert Mueller's team, which is probing potential crimes related to the 2016 election. But Manafort has not been charged with anything related to the campaign.

Manafort defense attorney Kevin Downing shot back, "You can't exclude politics ... Mr. Manafort is here because he was the manager of the Trump campaign."

Manafort, in the upcoming trial, is facing seven counts of foreign lobbying violations and witness tampering. He has pleaded not guilty to the charges. Opening arguments are scheduled to begin Sept. 24.

In August, in a separate trial, a federal jury in Virginia found Manafort guilty on eight counts of federal tax and banking crimes.