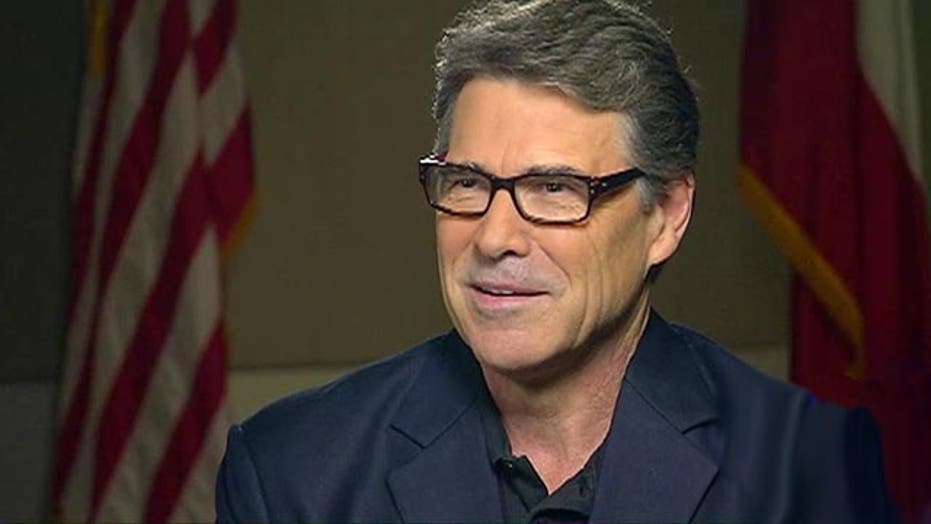 Will Texas governor run again in 2016?

AUSTIN, Texas – A Texas judge on Tuesday refused to dismiss a felony abuse-of-power case against former Gov. Rick Perry on constitutional grounds, ruling that criminal charges against the possible 2016 presidential candidate should stand.

In 44 pages of decisions and orders, District Judge Bert Richardson, who like Perry is a Republican, rejected calls from Perry's pricy defense team to toss the case because its client was acting within his rights as chief executive of America's second-most populous state when he publicly threatened, then carried out, a 2013 veto of state funding for public corruption prosecutors.

Richardson wrote that, "Texas law clearly precludes a trial court from making a pretrial determination regarding the constitutionality of a state penal or criminal procedural statute as the statue applies to a particular defendant."

Perry was the longest-serving governor in Texas history but chose not to seek re-election last year and left office Jan. 20. He is seriously considering a second run for president after his 2012 White House bid flamed out in a series of public gaffes, however, and says he may announce a final decision as soon as May.

Perry has spent more than $1.1 million of his campaign funds on his defense — and Richard's ruling means it will likely continue for several more months at least.

David Botsford, one of Perry's defense attorneys, said the legal team had filed a notice of appeal. Another attorney, Tony Buzbee, issued a statement saying that the former governor "acted lawfully and properly exercised his power under the law" and that his continued prosecution "is an outrage and sets a dangerous precedent in our Democracy."

Perry was indicted in August on charges of abuse of official power and coercion of a public servant. He is accused of publicly threatening — then making good on — the veto of $7.5 million in state funding for a public corruption division within the office of Travis County District Attorney Rosemary Lehmberg. That came after Lehmberg, a Democrat whose county includes Austin, rebuffed Perry's calls to resign following a conviction and jail time for drunken driving.

Texans for Public Justice, a left-leaning watchdog group based in Austin, raised concerns that gave rise to the criminal case. The group's executive director, Craig McDonald, released a statement Tuesday saying, "The prosecutor and a grand jury have said there's compelling evidence against Perry. That evidence should be presented in court for all to see. The chances of that happening improved today."

In a 60-page motion filed in August, Perry's attorneys had said the law being used to prosecute him is unconstitutionally vague and decried "attempts to convert inescapably political disputes into criminal complaints."

Richardson did rule Tuesday that one of the charges against Perry was vague, but he gave the state time to correct it.

A grand jury in Austin — a liberal enclave in otherwise largely conservative Texas — indicted Perry. If convicted, the former governor faces a maximum 109 years in prison. Perry calls the matter a political witch hunt and says he would issue the veto again if given the chance. When he was booked and fingerprinted, Perry smirked in his mug shot — then tweeted about going for ice cream.

Top national Republicans initially lined up to praise Perry and decry the criminal charges against him — but they've been less vocal about their support as the case drags on.

An exception was fellow Texan and U.S. Sen. Ted Cruz, who's also mulling a presidential run. The tea party favorite on Tuesday night called Perry "a good man, a man of integrity, and a friend."

"The district court's decision to allow this case to proceed is both unfortunate and wrong, and it profoundly undermines the rule of law," Cruz said in a statement.

Richardson had previously refused to toss the case on a series of technicalities Perry's lawyers raised, including questioning whether the special prosecutor assigned to the case, San Antonio attorney Michael McCrum, was properly sworn in.

McCrum has said from the start that the case is stronger than it may outwardly appear, and that it should be heard by a jury.