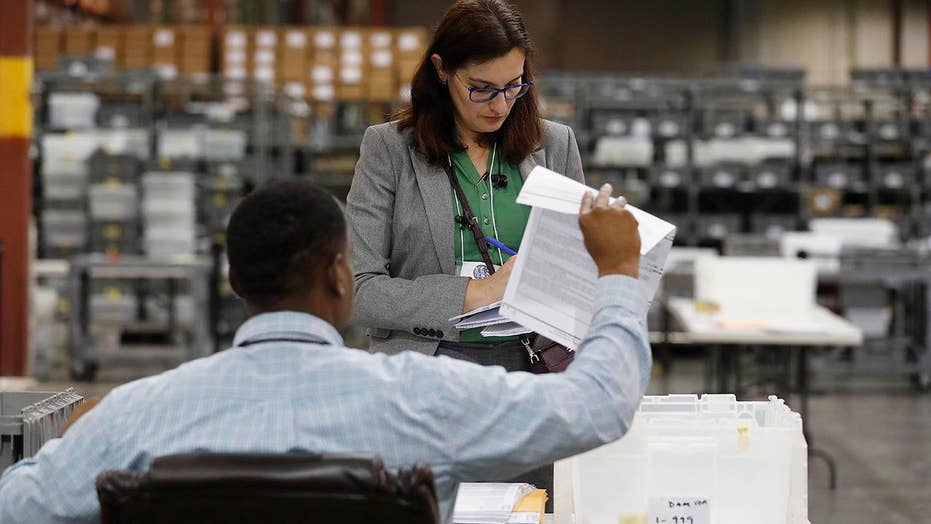 Federal judge rules that thousands of voters who had their ballots rejected due to signature discrepancies will have two additional days to resolve the issue; Peter Doocy reports from Broward County.

A federal judge ordered 32 Florida counties to provide ballots in Spanish beginning next year, stating that failure to do so would be a violation of the Voting Rights Act.

The order was in the form of a preliminary injunction in a case brought by voters who were educated in Puerto Rico and are lacking proficiency in English, The Palm Beach Post reported.

"Compliance with this Order is not optional," Chief Judge Mark Walker of the Northern District of Florida Gainesville Division wrote in a Friday ruling. "This Court will not hesitate to use every tool the law provides to enforce this Order."

Judge Walker reportedly noted that Section 4(e) of the Voting Rights Act "prohibits English-only elections for those citizens — yes, citizens — educated in
Puerto Rico in Spanish." (emphasis in original) Therefore, he ordered that the 32 counties in question must provide voters with ballots in Spanish starting with Florida's primary election scheduled for March 17, 2020.

'Compliance with this Order is not optional.'

This order follows a previous injunction in the case, which stated the counties must provide sample ballots in Spanish for the November 2018 election. Walker's latest order called for similar sample ballots should there be any election between now and the March 2020 primary.

The judge did recognize that the Florida government has promised to take steps on their own that would provide Spanish language ballots. Gov. Ron DeSantis and Secretary of State Laurel Lee have already inititated the process of creating new rules that would require the state to provide voters with Spanish-language ballots in time for the 2020 general election.

Judge Walker noted that DeSantis and Lee "should be lauded" for their efforts, but that the injunction is necessary to make sure Spanish-speaking citizens are covered until the new rules are in effect, and in case the new rules are not sufficiently compliant with the requirements of the Voting Rights Act.