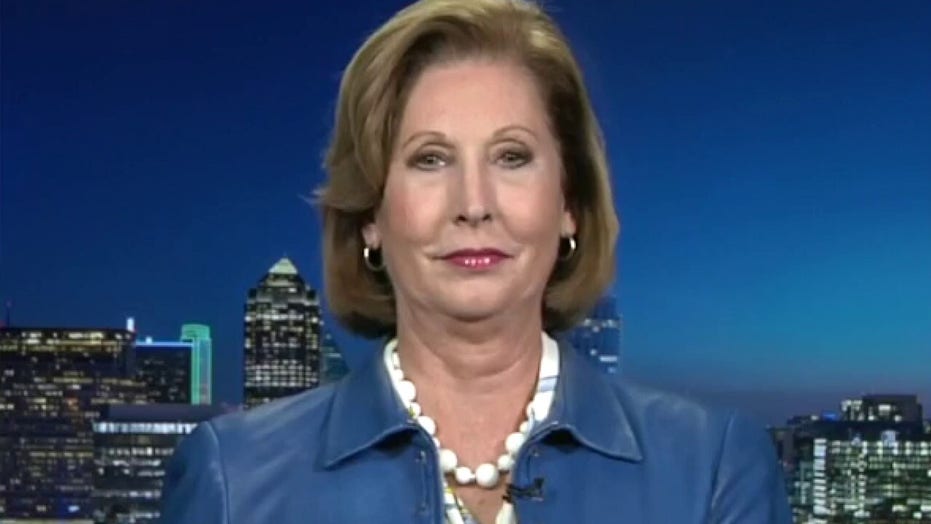 Powell's remarks came during oral arguments before Sullivan over whether the judge should grant a request to dismiss Flynn's criminal case.

Sullivan responded to Powell by saying that she was free to submit an argument in writing and should have done so months ago.

Powell also admitted on Tuesday that she has spoken to President Trump about Flynn's criminal case, but that she requested that Trump not grant him a pardon.

FBI OFFICIAL ON MUELLER TEAM SAID FLYNN PROSECUTION HAD 'GET TRUMP' ATTITUDE, COLLUSION PROBE WAS 'NOT THERE'

"Have you had discussions with the president about this case?" Sullivan asked Powell. Powell at first tried to invoke executive privilege, but upon being reminded that she is not a federal employee, she acknowledged that she had.

"I can tell you I spoke one time with the president, one time about this case to inform him of the general status of the case," Powell said.

When asked if she had made any requests, she said, no, "other than he not issue a pardon."

Federal prosecutors filed a motion to dismiss the case in May, after FBI records revealed details of the bureau's investigation that Flynn's legal team has claimed exonerated him. Rather than grant the motion to dismiss, given that both sides agreed to it, Sullivan appointed retired Judge John Gleeson as an amicus curiae--or "friend of the court"--  to argue against the Justice Department.

Flynn previously pleaded guilty to providing false statements to federal investigators regarding communications he had with a Russian ambassador. He has since pushed back against the charges, claiming that the FBI acted improperly.

"The scope of the court's inquiry is going to be significantly limited," Sullivan said upon kicking off Tuesday's hearing. Sullivan explained that he would not look at whether he had the authority to appoint Gleeson (saying it was "crystal clear"), or whether Flynn should be held in contempt for perjury.

"So the issues the court will focus on this morning and hear from counsel are as follows," Sullivan continued. "Whether the court has the discretion to review both opposed and unopposed 48(a)motions for prosecutorial abuse, and whether this court should deny the government leave to dismiss the pending charge against Mr. Flynn.”

The Justice Department argued Tuesday that the case should be dismissed because there is no controversy between the parties.

The DOJ in response asserted that Article II of the Constitution gives the court no power to review the executive branch’s exercise of prosecutorial discretion. In their reasoning for dismissing the case, prosecutors claimed that Flynn’s false statements could not be proven to be material in an FBI investigation, specifically the investigation of Russian election interference and the Trump campaign’s possible ties to it.

Flynn’s lawyers have argued that Sullivan had no authority to appoint Gleeson as amicus and the court must grant dismissal on the existing record.

In a reply belief, Gleeson claimed that the DOJ was being disingenuous with its reasoning for dismissing the case, arguing that the decision was politically motivated.

During Tuesday's arguments, the prosecution insisted that allegations of political motivation "just are not true" and that "there isn't a case" to be made against Flynn.

Flynn and his lawyers had sought to bypass Sullivan, asking the D.C. Circuit Court of Appeals to issue a writ of mandamus -- in this case, an order from a higher court to a lower court or official to fulfill their duties -- to require Sullivan to grant the dismissal. A three-judge panel granted Flynn’s request and ordered Sullivan to dismiss the case. Sullivan appealed, and an en banc review of the full D.C. Circuit Court reversed the decision and ruled in Sullivan’s favor.