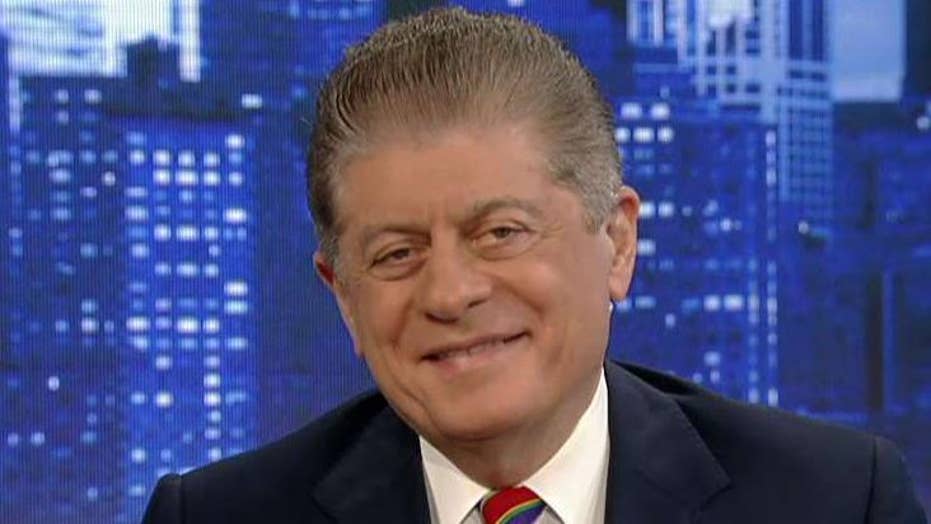 Napolitano: You can obstruct justice even if the event you are interfering with is not criminal

Fox News’ Judge Andrew Napolitano on Monday said he disagreed with parts of Alan Dershowitz's assessment of the Mueller report, and argued that the allegation that President Trump directed one of his advisers to "put an untruthful paper in an official government file" is true, then that amounts to "classic obstruction of justice."

Napolitano made the comments during an appearance on ‘The Story’ w/ Martha MacCallum. He went on to say that there was not enough that the Trump campaign colluded with Russian officials to win the 2016 presidential election, but he noted the 10 instances that could qualify as obstruction.

According to the Mueller report, Trump had once asked his former deputy national security adviser K.T. McFarland to draft an internal memo saying that he did not instruct former national security adviser Michael Flynn to discuss sanctions with Russian Ambassador Sergey Kislyak. McFarland was reportedly uncomfortable with the request and was eventually told by the former chief of staff Reince Priebus to “forget he even mentioned it.”

“If the president actually said to our former colleague K.T. MacFarland, ‘put an untruthful piece of paper in an official government file which we know is going to be subpoenaed by Mueller,’ that is attempted interference,” Napolitano said.

PELOSI: TRUMP OBSTRUCTING JUSTICE 'ON A DAILY BASIS' AMID STANDOFF OVER BARR TESTIMONY

"You can obstruct justice even if the underlying event that you're interfering with is not a crime," Napolitano said.