Some media outlets are pointing to last week's kickoff of Sen. Joni Ernst's re-election campaign as a possible harbinger of what message Republicans will be driving home to potential voters in the 2020 election cycle: a choice between socialism or freedom.

Ernst, a freshman Republican U.S. senator from Iowa, launched her campaign for a second term at her annual “Roast and Ride” fundraiser at the Central Iowa Expo on June 15.

“Today as I kick off this campaign, I ask you to join me on this mission to stamp out socialism and protect the important balance between government responsibility and individual liberty,” Ernst told supporters. “It is that liberty that makes our democracy the greatest nation mankind has ever known.” 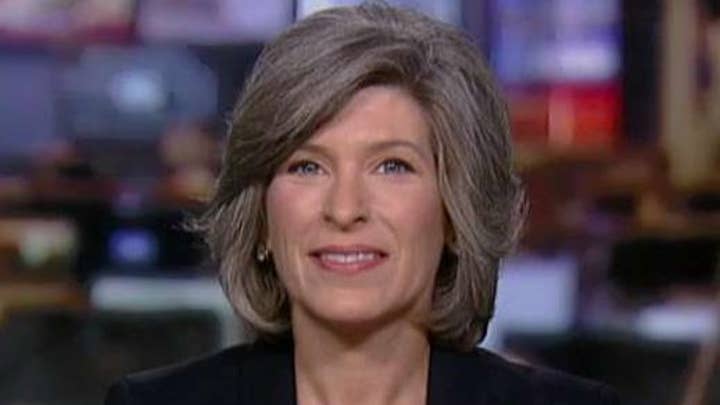 Afterward, she then maligned the 2020 Democratic candidates for their apparent embrace of socialism.

"It looks like the socialist left didn’t like my kickoff speech," Ernst wrote on Twitter. "Well, to be blunt -ending private health insurance, taxing working Americans to pay those “unwilling to work”-that’s socialism. We’ve seen what it leads to in Venezuela, and I will do everything I can to stop it here."

Ernst’s denouncement of socialism echoed a common theme among Republicans who have chastised 2020 Democratic candidates for moving further to the left, a fact mockingly pointed out by an Esquire writer who said Ernst's campaign telegraphed the Republican’s line of attack for 2020.

"Nobody will define it, of course," writer Charles P. Pierce wrote, referring to socialism. "For example, back in May, for the second time, the president* backed up the Brink's truck and piled $16 billion into the hands of American farmers who are getting murdered by his trade war with China. Ernst was not opposed to this obvious outbreak of rank socialism."

In Cedar Rapids, the Gazette asked: "Do Republicans who warn of the dangers of socialism also want those subsidies eliminated?"

Democrats, meanwhile, appear to be trying to outdo one another in their shift to the left.

Ernst, an outspoken supporter of President Trump, made headlines earlier this year after alleging she was attacked by her ex-husband while they were married. She also said her ex-boyfriend, whom she described as “physically and sexually abuse,” raped her one night.

Ernst’ comments were revived again this week after Trump denied writer E. Jean Carroll’s allegations that he raped her in the mid-1990s.

“I will not address what the president has said, but what I will address is that anybody that comes forward with accusations should be heard,” Ernst said.

Ernst was later chastised for her refusal to comment Trump’s remarks, given her own allegations of sexual assault.