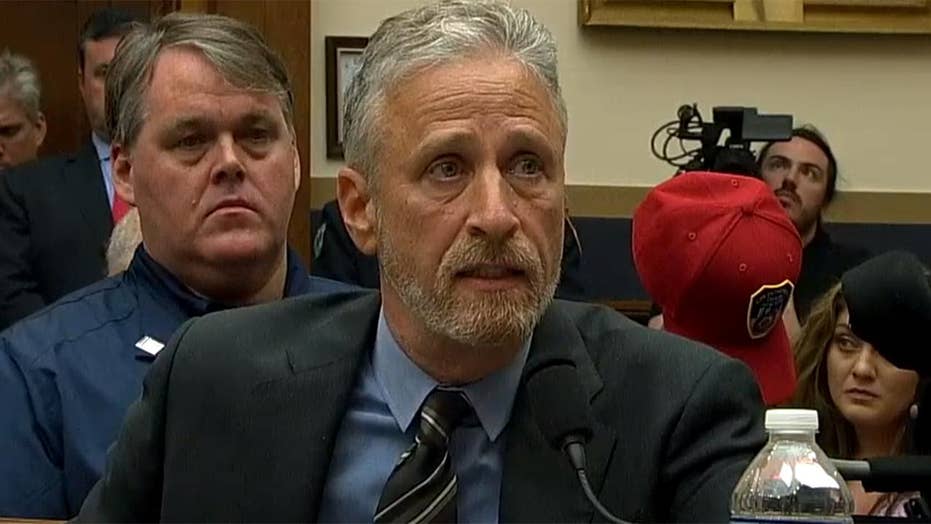 Most Americans would rather go on vacation in the Dominican Republic than give Members of Congress a pay raise.

It’s doubtful that Jon Stewart thinks lawmakers should get a pay hike.

The former Daily Show host erupted at Members of Congress at a Capitol Hill hearing the other day. Stewart excoriated lawmakers for what he perceived as legislative foot-dragging over a bill to help 9/11 first responders. The legislation would fund the catastrophic medical costs of firefighters, police officers and many others who worked and lived near Ground Zero.

The 9/11 hearing came just as lawmakers mulled a proposal to grant themselves a Cost of Living Adjustment (COLA). The 27th Amendment to the Constitution bars Congress from “varying the compensation” lawmakers unless “an election of Representatives shall have intervened.” In other words, if you vote to raise your pay, be ready to face the wrath of voters. If you survive the election, congratulations.

But the pay plan is a little different from a straight salary increase. Under a 1989 federal law, all federal workers, including Members of Congress, automatically score a COLA. The base salary for rank-and-file members (not serving in leadership positions) is $174,000 per year. The COLA would boost pay by $4,500. This isn’t the equivalent of lawmakers “voting themselves a raise.” In 2009, Congress indefinitely suspended the Congressional COLA. Meantime, executive branch workers continued to receive the COLA. The bipartisan proposal simply would have restored the COLA for members after a decade in abeyance.

Not surprisingly, lawmakers faced a firestorm about the proposal. Democratic freshman representing swing districts were particularly alarmed about the perception of the wage hike. Even though there was a bipartisan agreement to reinstate the COLA, Democrats accused Republicans of turning the issue against them.

The COLA plan was part of the annual spending bill to fund the legislative branch. But Democrats had to extract the entire Congressional appropriations measure from a combination appropriations bill designed to fund other parts of the government. Otherwise, the pay/COLA issue would have gone supernova.

Killing the pay increase may sound good. But Capitol Hill has suffered from a brain drain for years. $174,000 is certainly good money compared to the average of $57,000 for most American workers. But lawmakers need to maintain two residences. Washington, DC is an exceedingly expensive place to live. Many lawmakers sleep on cots in their offices while on Capitol Hill. Some ethics groups take issue with that practice. Those watchdogs believe lawmakers are using a federal resource for personal use. So, many lawmakers leave and “cash in” on K Street or elsewhere.

“This is about the institution of the House of Representatives and the United States Senate and our ability to be competitive as an employer and to get the best and brightest,” said Hoyer. “We don’t want to have only rich people here. We want this to be the people’s House and representative of the people.”

It takes a lot to rattle Steny Hoyer. Members of the Capitol Hill press corps seemingly exasperated Hoyer at his weekly session with reporters. The scribes repeatedly pressed the Maryland Democrat on the COLA issue. 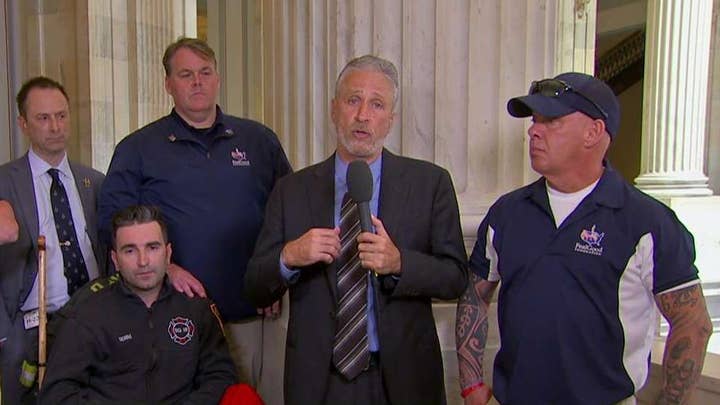 “This really frustrates me,” seethed Hoyer. “Four questions in a row on COLA.”

One reporter observed reporters were inquiring about the COLA because “you’ve got millions of Americans working two jobs.”

“You guys had to pull a bill when it got to the Rules Committee,” Lindsey McPherson of Roll Call said to Hoyer at the press conference. “Would it be as significant an issue if it had been addressed prior to that? You wouldn’t be getting all of these press questions.”

Members are skittish about any perception of a pay increase. They know how much contempt the public harbors for Congress. There’s a reason why Jon Stewart then castigated lawmakers at the 9/11 hearing.

“Behind me, a filled room of 9/11 first responders. And in front of me, a nearly empty Congress. Sick and dying, they brought themselves down here to speak to no one. Shameful. It’s an embarrassment to the country and it is a stain on this institution. You should be ashamed of yourselves for those that aren’t here,” said Stewart. “I can’t help but think what an incredible metaphor this room is to the entire process.”

This all comports with a convenient yarn about Washington. Lawmakers are overpaid. They don’t get anything done. They don’t show up for work. They don’t care about 9/11 responders suffering from atrocious forms of cancer. And they sure as hell don’t deserve a pay raise.

Congress deserves much of the scorn the public heaps on it. Partisanship, politics and gerrymandering paralyze legislation for years. Congress frequently accomplishes very little.

But is some of this a lazy, expedient narrative?

Stewart may have torched lawmakers for their absence. But Stewart testified before a subcommittee. Not the full Judiciary Committee. Lawmakers just held the forum in a full committee room. Fewer lawmakers serve on subcommittees compared to a full committee. Thus, the dais appeared empty. Most of the members who were supposed to be there were. Only Reps. Eric Swalwell, D-Calif., and Guy Reschenthaler, R-Pa., never showed.

“I would not interpret some of the empty chairs as indifference,” said Rep. Mike Johnson, R-La., the top Republican on the subcommittee. “We’re a subcommittee. Sometimes the scheduling gets crossed.”

“I’m going to defend an institution that is sometimes not easy to defend,” said Rep. Steve Cohen, D-Tenn., who leads the subcommittee. “We have other committees (meeting) at the same time.”

Anyone who has ever worked on Capitol Hill knows that the schedule for lawmakers is beyond comprehension. Members are often quadruple booked at multiple, simultaneous hearings and caucus meetings. That’s to say nothing of meeting with constituents or running to the House floor for votes. The scheduling demands of each member, each of whom represents at least 700,000 people, are nearly intractable.

So, members weren’t loafing somewhere, ignoring the needs of the 9/11 heroes.

Stewart’s excoriations about the work habits and productivity of Congress came the same week as many lawmakers pulled all-nighters. Wednesday’s House session ran until 4:01 am Thursday as lawmakers debated the appropriations package. Meantime, the Armed Services Committee session to preps the annual defense bill started on Wednesday morning – and gaveled out at 6:53 am on Thursday. Members were back on the House floor just a few hours later Thursday morning, casting 32 roll call votes on amendments to the spending measure.

Stewart and others complained about the pace of the 9/11 bill as it wound its way through Congress. To be clear, the House hasn’t yet scheduled a vote on the plan. That could be weeks off. But the package will undoubtedly pass. More than 300 House members support the bill. Furthermore, the Judiciary Constitution Subcommittee held the hearing with Stewart on Tuesday. The full Judiciary Committee voted to approve the entire 9/11 bill on Wednesday. It’s rare for any panel to hold a hearing on a bill one day and vote it out of the full committee the next day.

Most Americans didn’t track what was playing out on the House floor all night or in the Armed Services Committee. They don’t have time to follow the intricacies of Congress. They work their own, manual labor, graveyard shift jobs. They rush to pick up toddlers from child care. They do yardwork for neighbors on the side. They work retail. They barber on the weekends. All to make ends meet. They expect their representatives to toil until 4 in the morning. But when they catch a clip on the news that shows a half-full dais, it’s no wonder the public resorts to the easy narrative about Congress. Moreover, a story about a pay/COLA increase for Congress only amplifies that storyline.

House Speaker Nancy Pelosi, D-Calif., said “it’s hard at any time” to discuss increasing Congressional pay. But the Speaker notes that the membership shouldn’t just comprise “people who can afford to go to Congress.” 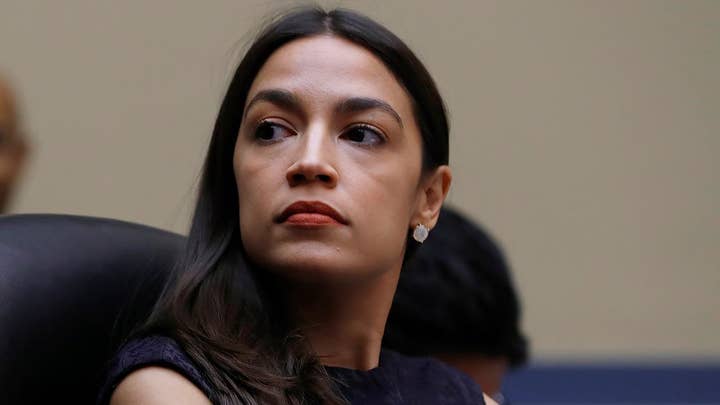 Rep. Alexandria Ocasio-Cortez, D-NY, says it makes lawmakers “look good in the short term” to oppose pay raises on Capitol Hill. She says Members of Congress fear their their opponents could “exploit” such a vote for political gain.

“It may not be politically popular to say, but honestly this is why there’s so much pressure to turn to lobbying firms and cash in on member service after people leave,” said Ocasio-Cortez.

Steny Hoyer promised the House would soon vote on the pay raise/COLA issue. Note that Hoyer didn’t say the House would pass a Congressional pay increase/COLA. In fact, the entire debate over Congressional wages may have engineered a great optic for freshman Democrats from swing districts – as well as most other lawmakers.

Members of Congress can now deride the “inside the Beltway” mentality about Congressional pay, argue against an increase and even be documented on the record as opposing such a hike. Voting “against Washington” is precisely the type of script lawmakers love to have. It reinforces the view that lawmakers need to work harder to earn the public trust and change public opinion.

Hardly any lawmakers touted the fact that the House and Armed Services Committee toiled all night and to the crack of dawn the other day. That was the Congressional reality. But after the 9/11 hearing, the public is stuck with the same perception: lawmakers don’t show up to hearings. They don’t care about firefighters and police officers suffering from cancer. And all Members of Congress want is more money. That’s the prevailing narrative. And it’s nearly impossible to change.