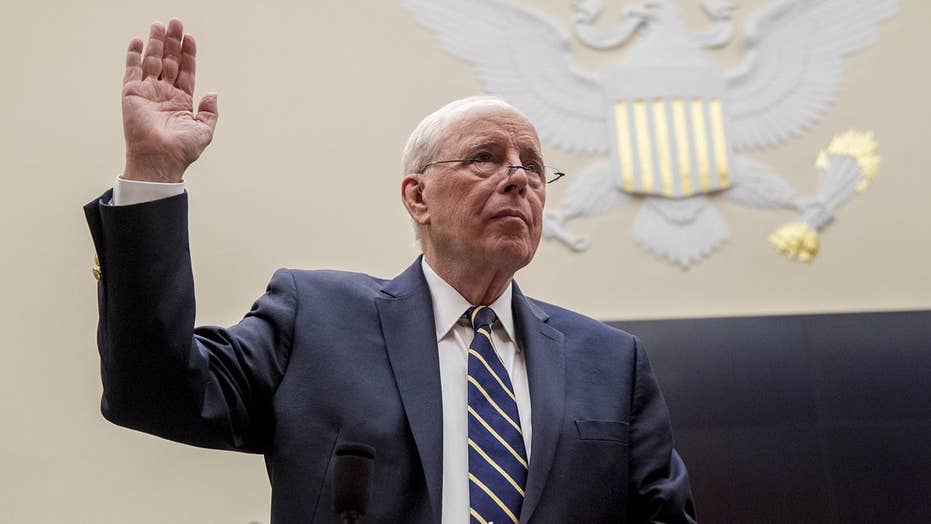 Former Nixon White House counsel John Dean said Monday, after testifying before the House Judiciary Committee, that he is "honored" to be considered an enemy by President Trump.

Dean, a CNN contributor, was asked by Anderson Cooper about Trump attacking him as a "loser for many years" and a "sleazebag attorney."

"I think he was disbarred and he went to prison. Other than that, he's doing a great job," Trump said Monday afternoon.

"Well, I'm honored to be on his enemies list," Dean responded. "I was able to make Nixon's at the end, and so I'm pleased that I'm on Trump's given my feelings about the threat he is to this country."

Dean said he is "deeply troubled by the president we're living with" and it's one of the reasons he decided to speak out in recent years.

Dean was hammered by House Republicans on the Judiciary Committee Monday. At one point, the hearing room broke out into laughter, as Florida Republican Rep. Matt Gaetz grilled Dean for turning Nixon comparisons into a profitable "cottage industry" for himself.

Dean assisted with the Watergate coverup and pleaded guilty to obstruction before becoming a key prosecution witness.

Asked about the blistering "personal attacks" from House Republicans, Dean called them "flamethrowers" and said he wasn't surprised after watching their questions to Hillary Clinton during the Benghazi hearings.