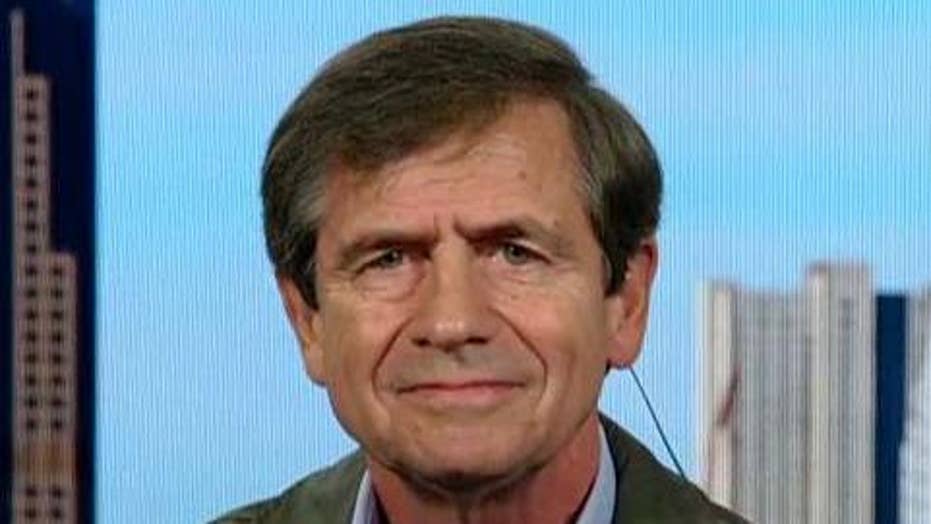 Joe Sestak has ended his campaign for the Democratic presidential nomination, he announced Sunday.

"I want to thank you for the honor of running for President of the United States of America," Sestak, the retired three-star U.S. Navy admiral and former two-term congressman from Pennsylvania, said in a tweet Sunday night.

"It has been an endeavor filled with immeasurable wisdom, passions, humor and insights to, and from, the people of America," he said.

"I deeply appreciate the support so many of you offered -- whether by volunteering, offering financial contributions or coming to our campaign events," Sestak said.

He continued: “It’s a marvelous fabric we Americans have woven together throughout the centuries. I know there is a tear in that fabric right now; but it can be repaired by someone who can lead, and therefore unite, all Americans."

"A moral compass for our great ship of state is the beacon most needed today. And it is for the Captain of State who offers it that all Americans will provide the fair winds and following seas to advance us," Sestak added. "That is necessary for us both at home and abroad, to convene the world to advance our policies and commitment to democratic values for our collective good."

When he announced his candidacy in June, Sestak laid out two main objectives he wanted to tackle: battling climate change and “putting an end to an illiberal world order’s injustices, from China’s control of the 5G network to Russian interference in democratic elections.”

“The president is not the problem: he is the symptom of the problem people see in a system that is not fair and accountable to the people,” Sestak said in his campaign launch video.

He said he delayed his entry into the presidential race while his daughter battled brain cancer, which returned after she first beat it at age 4. Sestak had run a barebones campaign mostly in Iowa and New Hampshire.

In October, he went across the width of New Hampshire, from the Vermont border to the Atlantic Ocean, to make himself more visible to voters in the state that holds the first primary in the race for the White House.

“This is an independent-minded state, the Granite State. It’s wide open, according to some. And I find that as I go around,” Sestak told Fox News in October. “I just need to get in front of them physically and on the air, and that’s why we’re doing the walk and that’s why the ad [is] up.”

He previously trekked across Pennsylvania in 2014 during his second unsuccessful Senate bid.

He shared that the “original idea” came from the Pulitzer Prize-winning, decades-old book "To Kill a Mockingbird" by Harper Lee.

The Democratic field for president now has 17 candidates left.